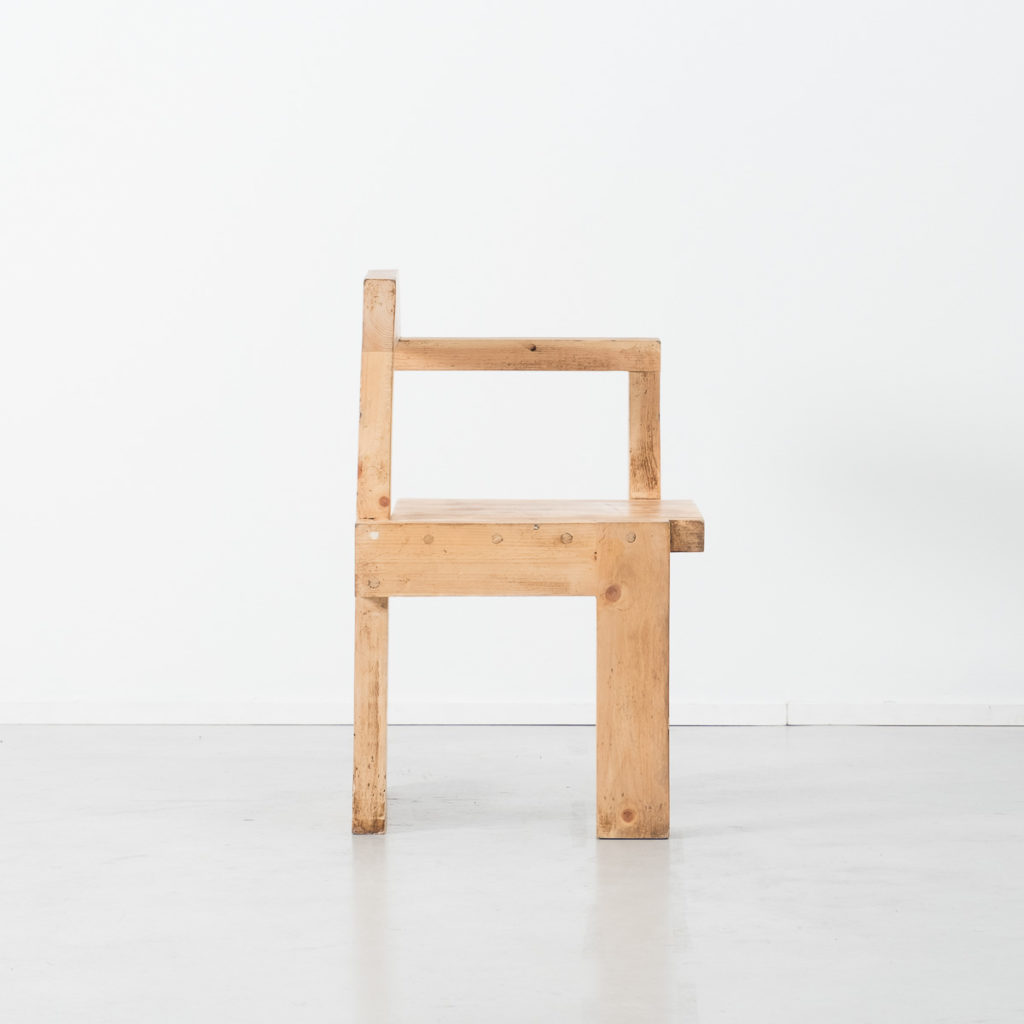 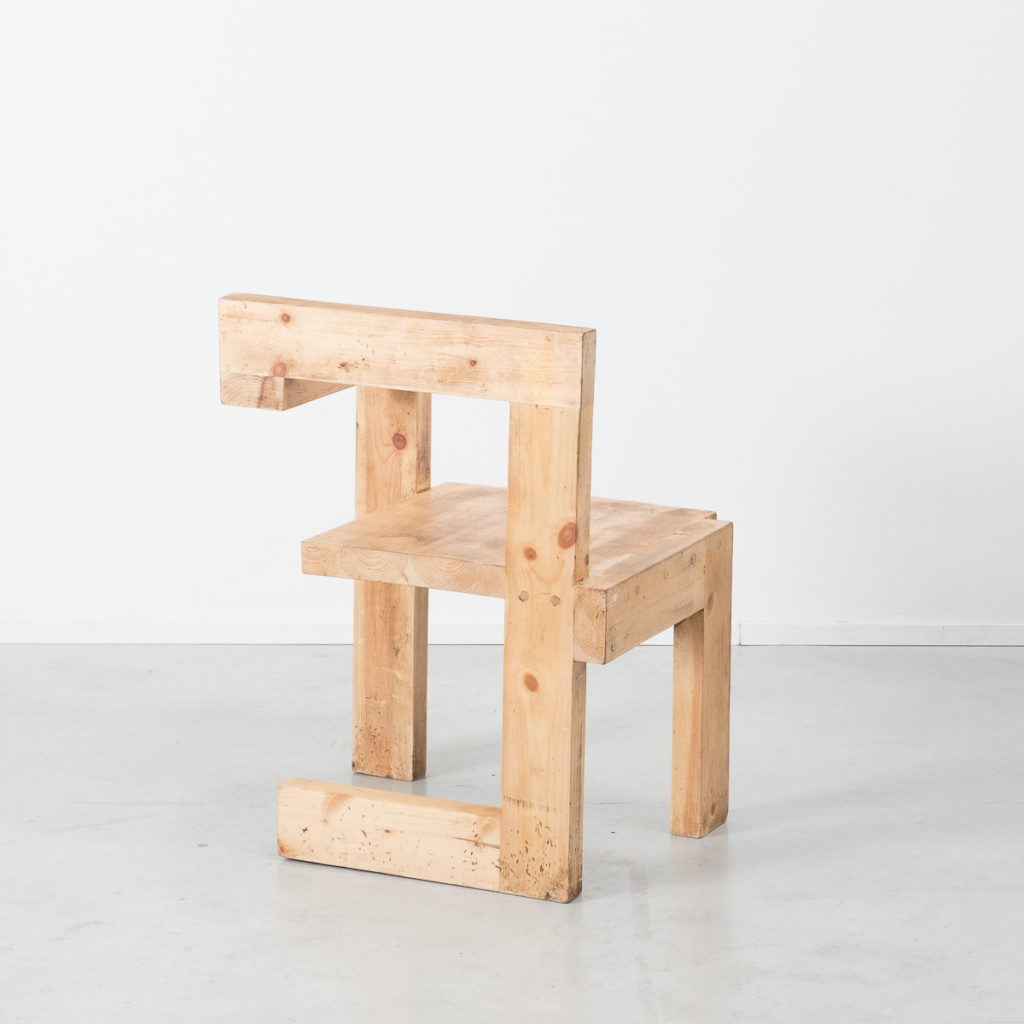 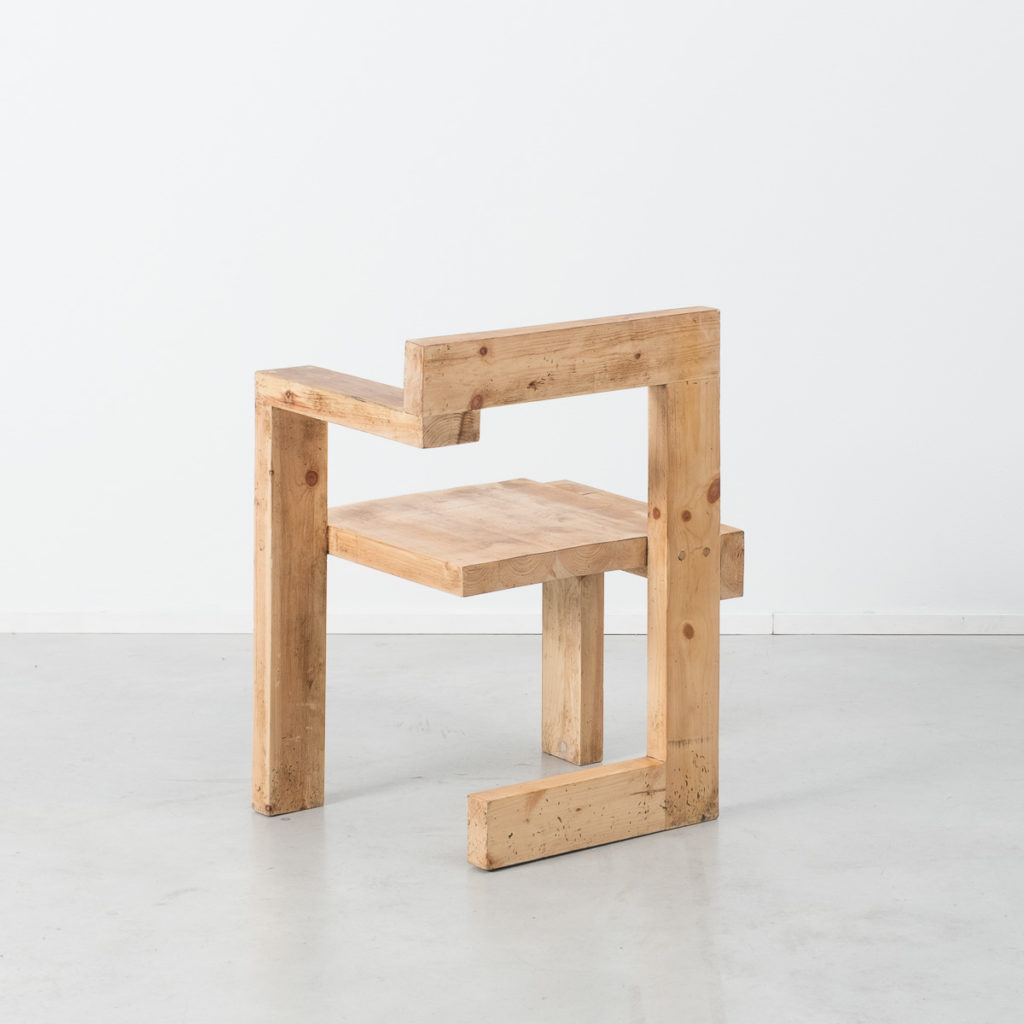 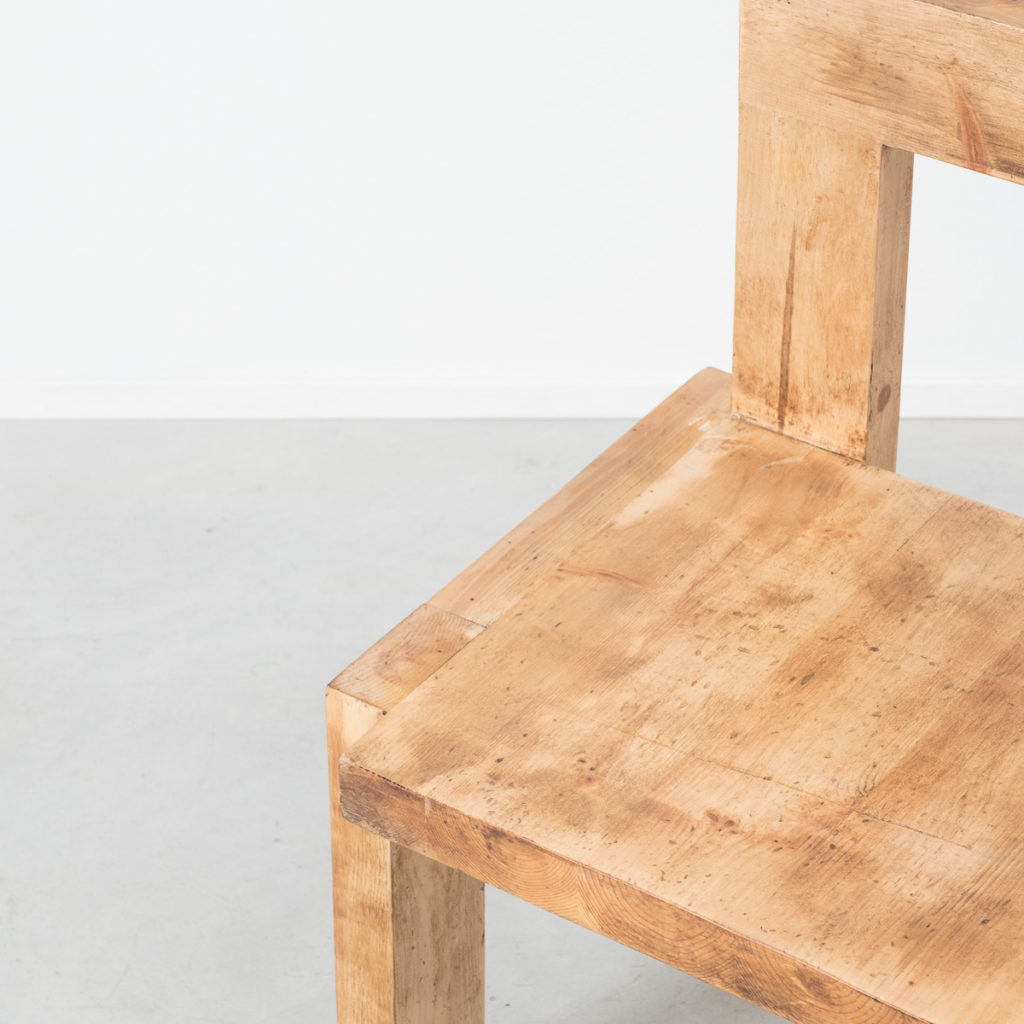 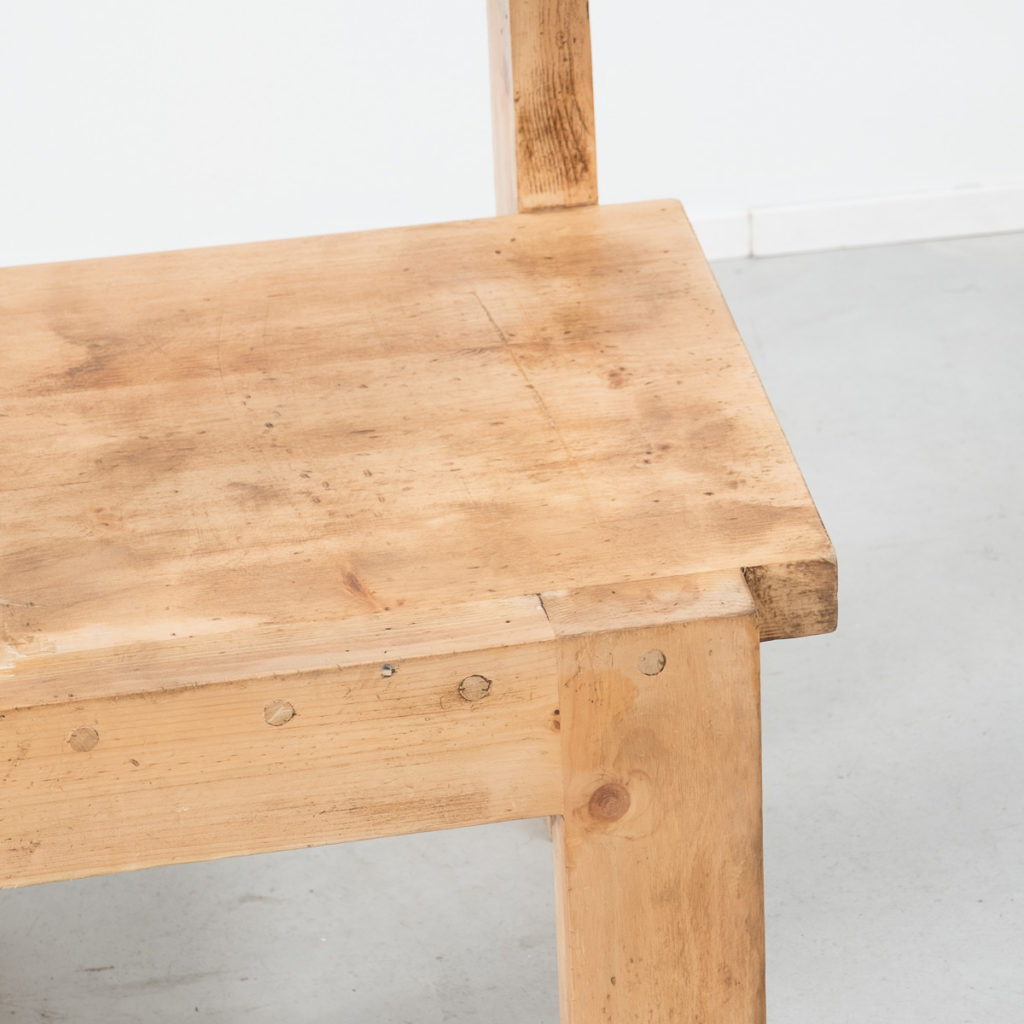 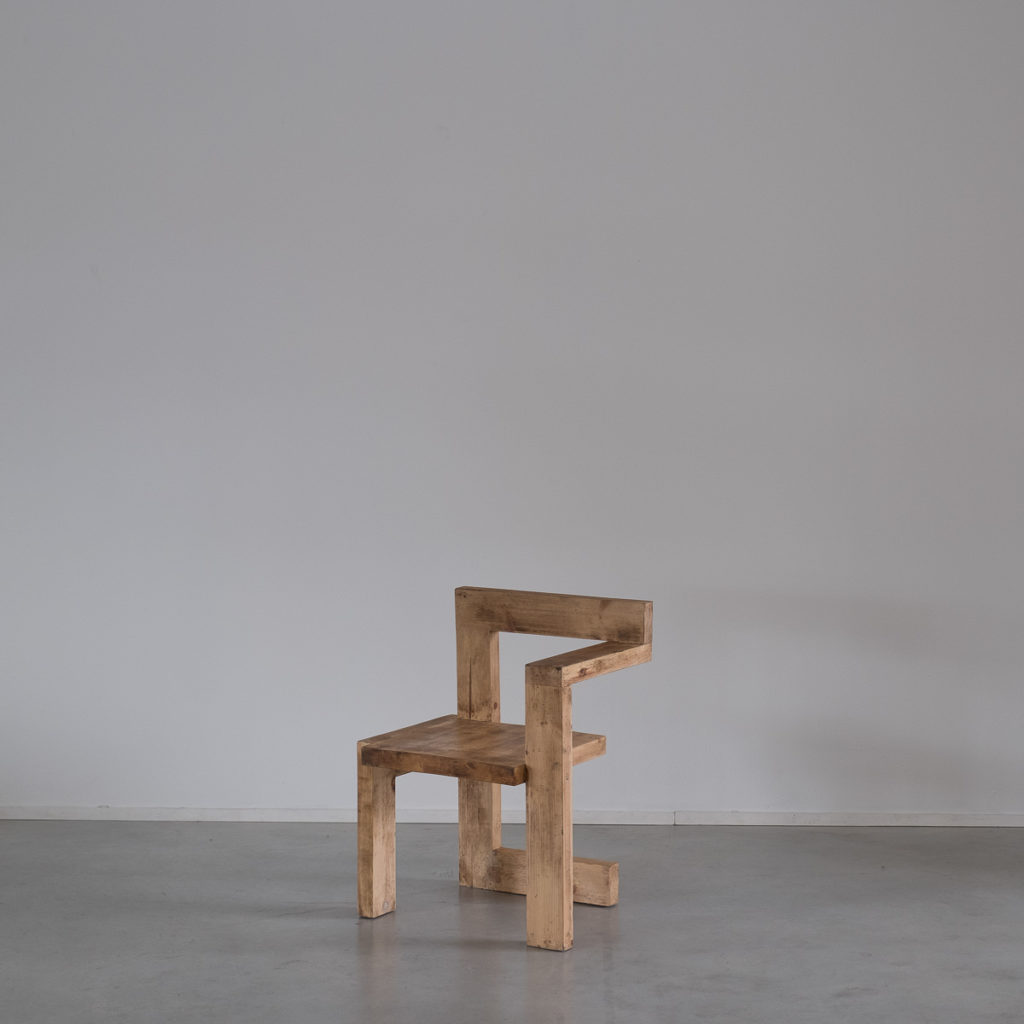 Gerrit Rietveld’s work has been of great importance to the development of architects and designers like Breuer and Aalto. The iconic Steltman chair was originally designed by Rietveld as a commission for the Steltman jewellery store in the Netherlands. Rietveld designed two chairs in a mirror image of one another, where clients could sit when they selected their jewellery, so there is both a left-handed and right-handed chair.

Rietveld’s designs were open source, releasing his drawings for people to make their own. His cabinetmaker produced a run of sawn oak ones after his death. This right handed one is constructed in a stained pine in the late 20th century.

In good vintage condition, minor signs of use, surface patina.