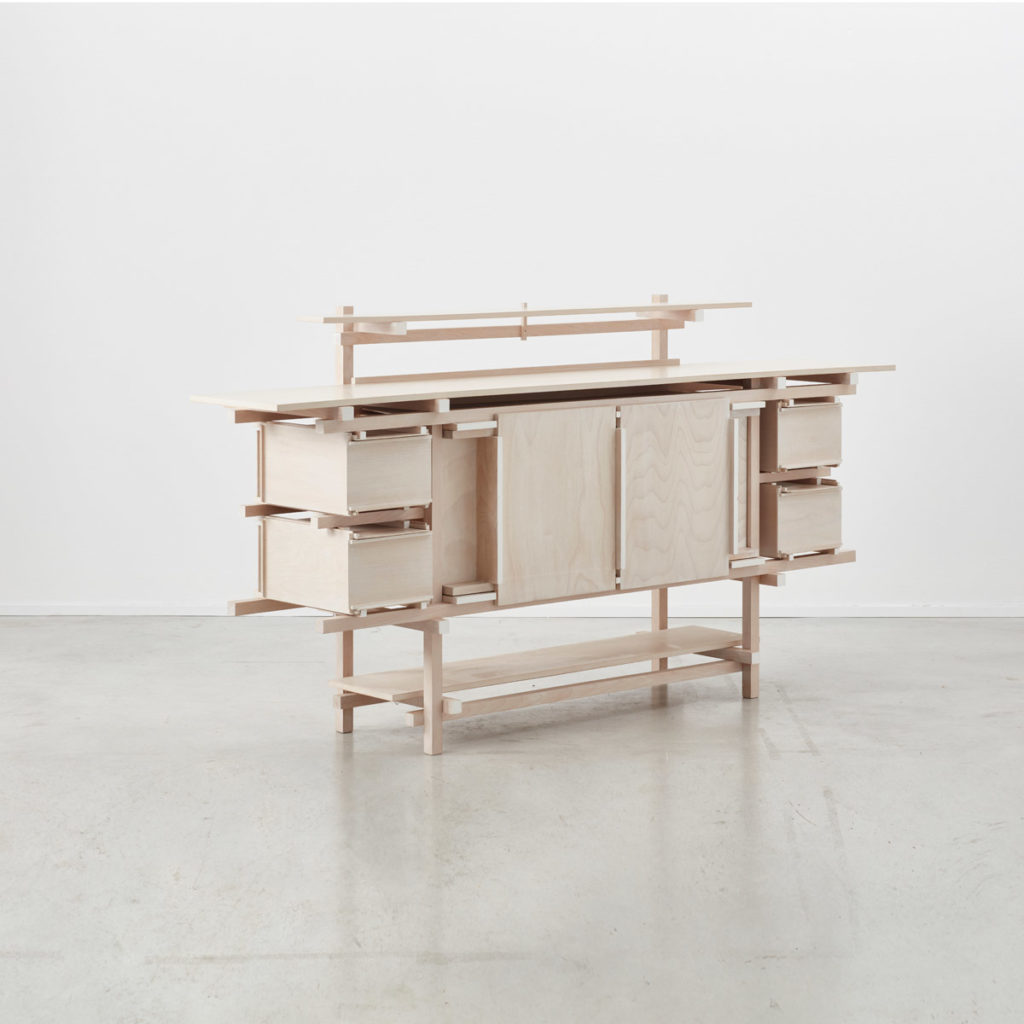 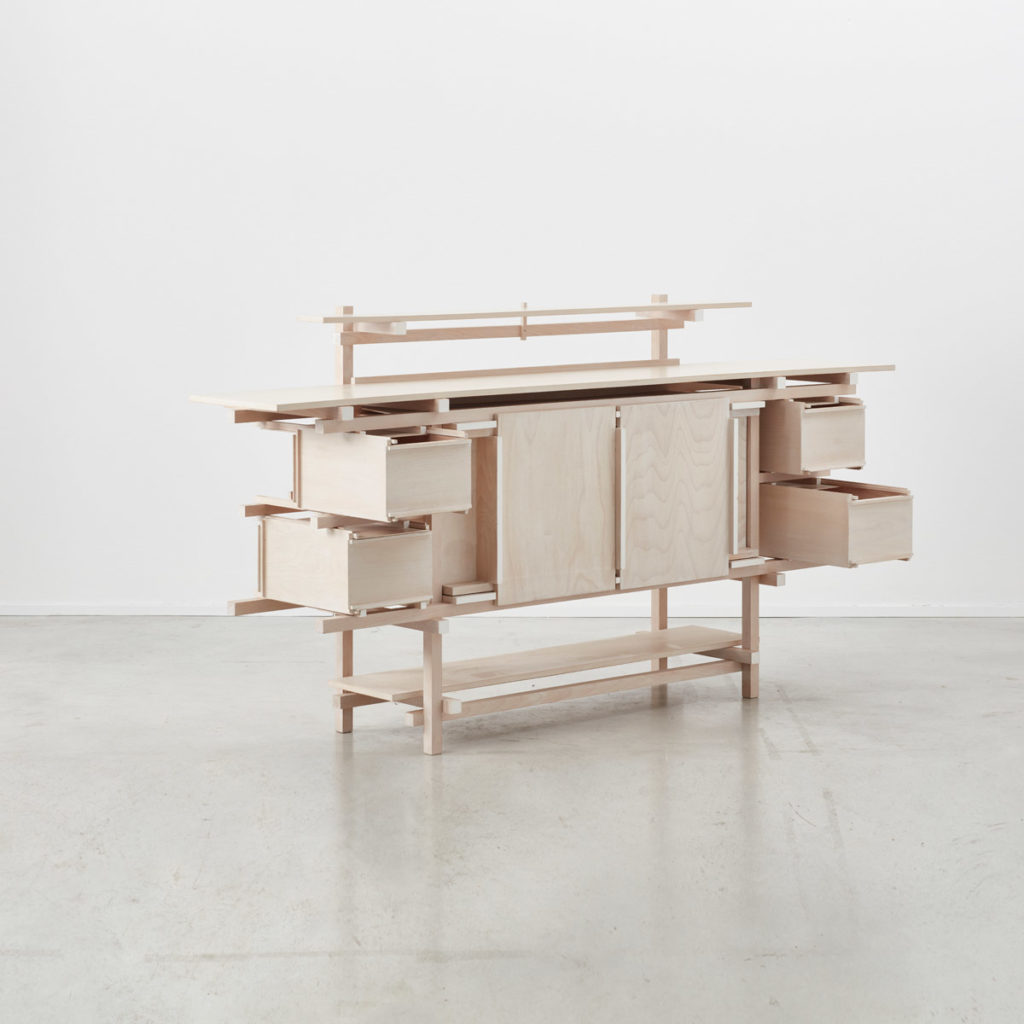 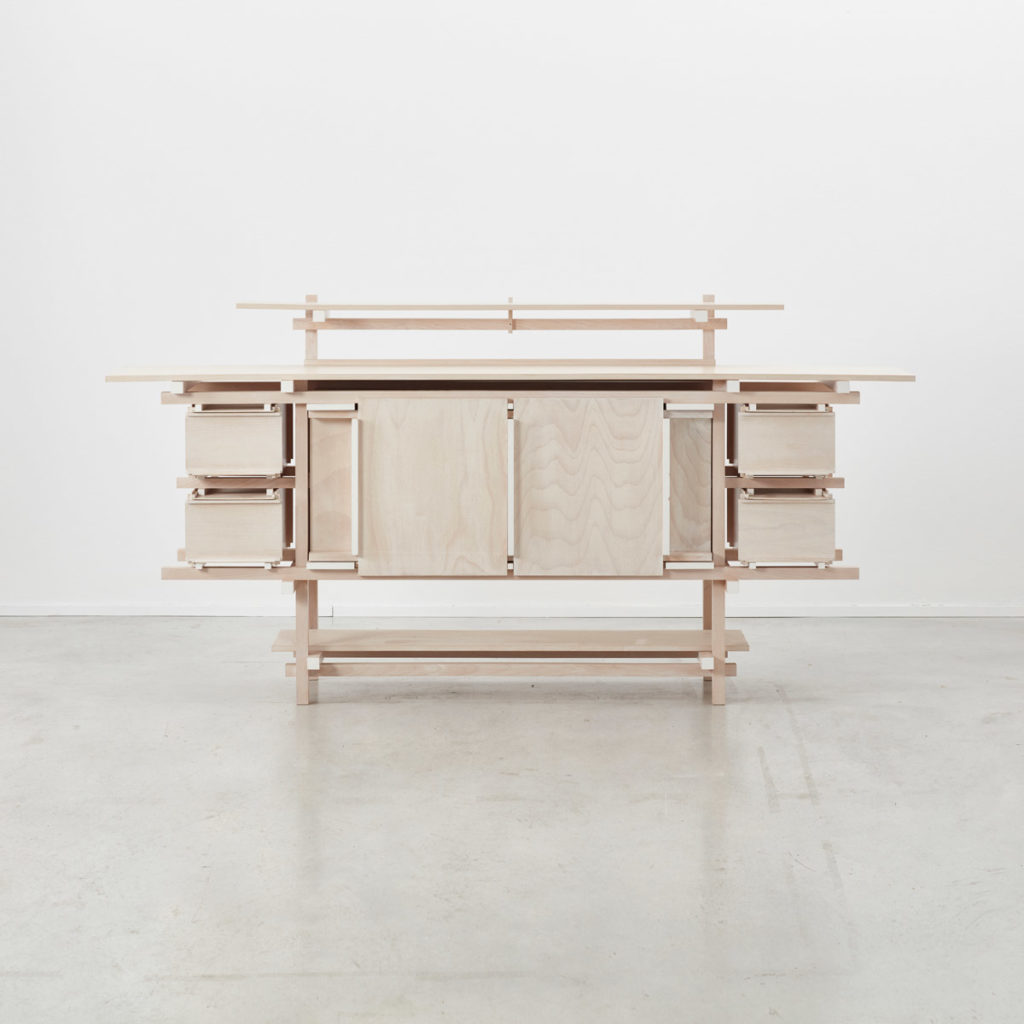 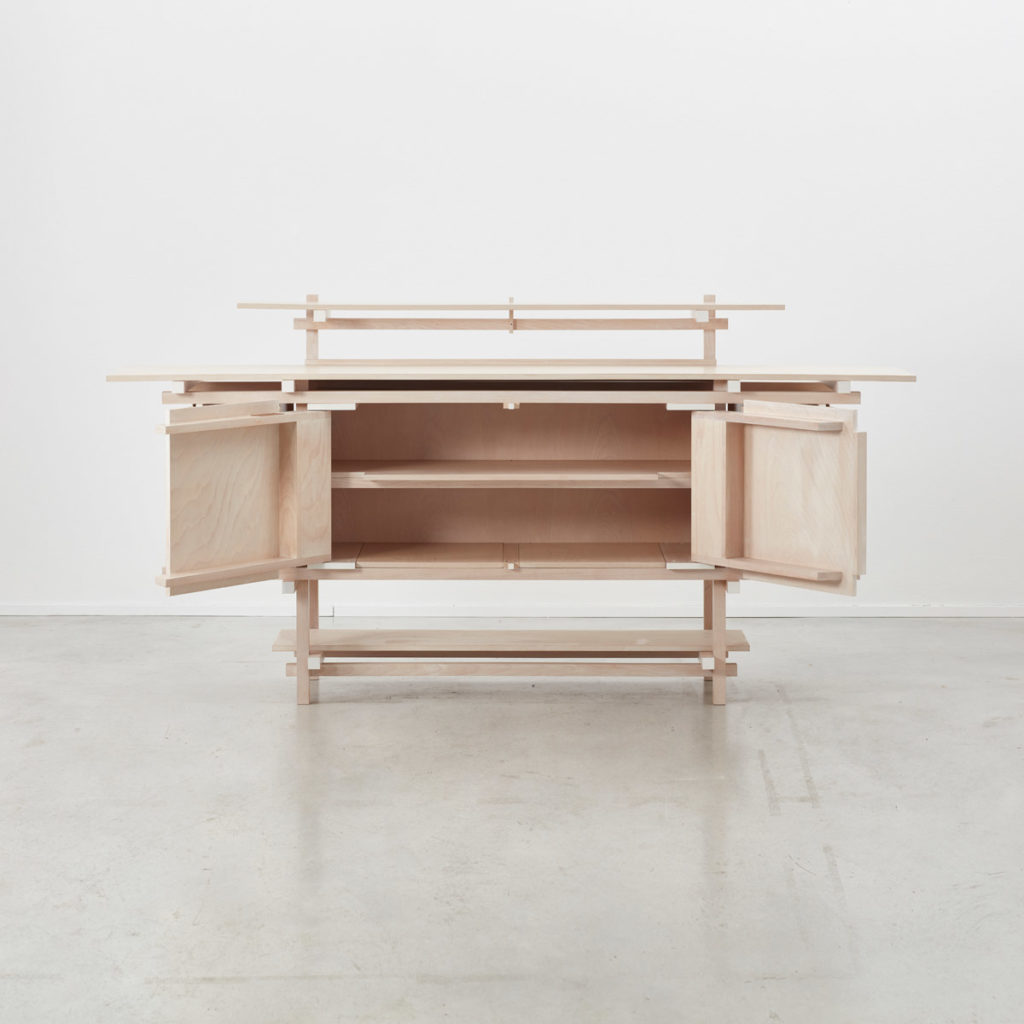 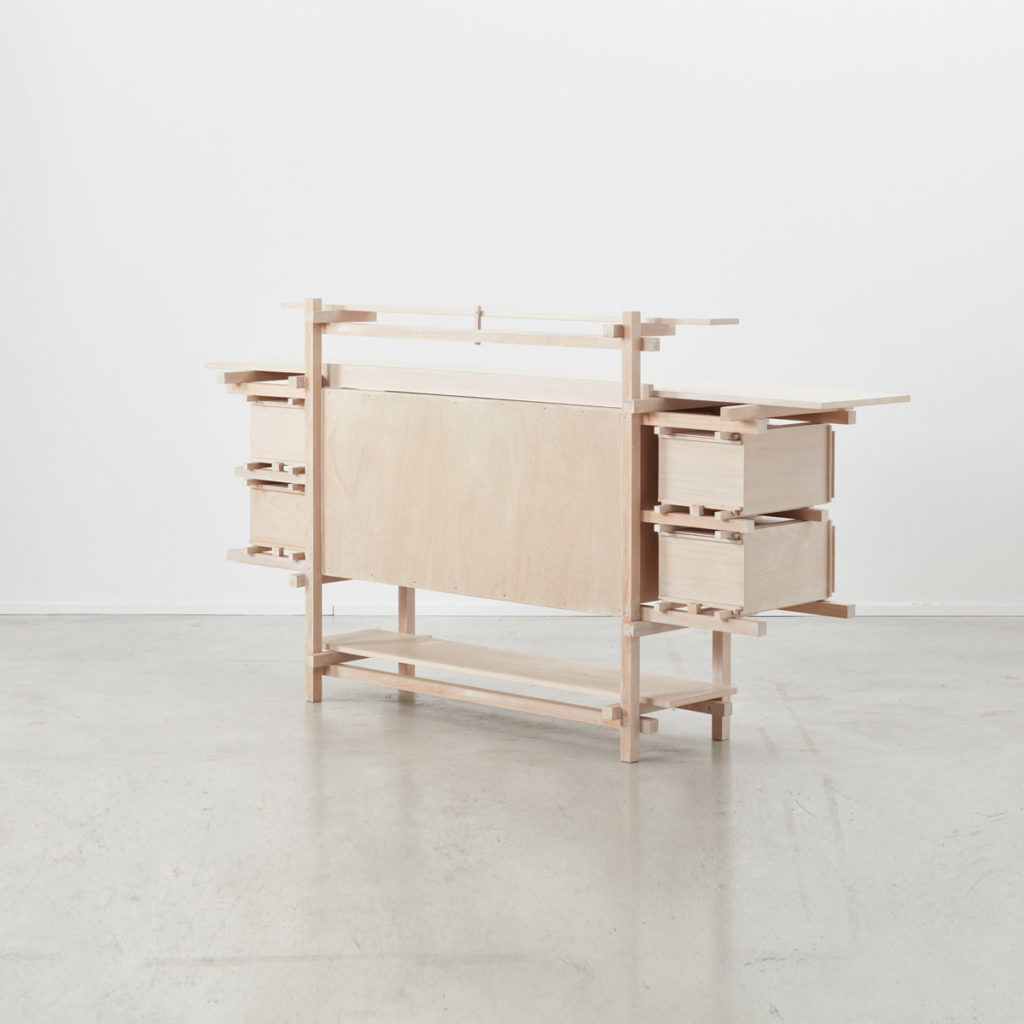 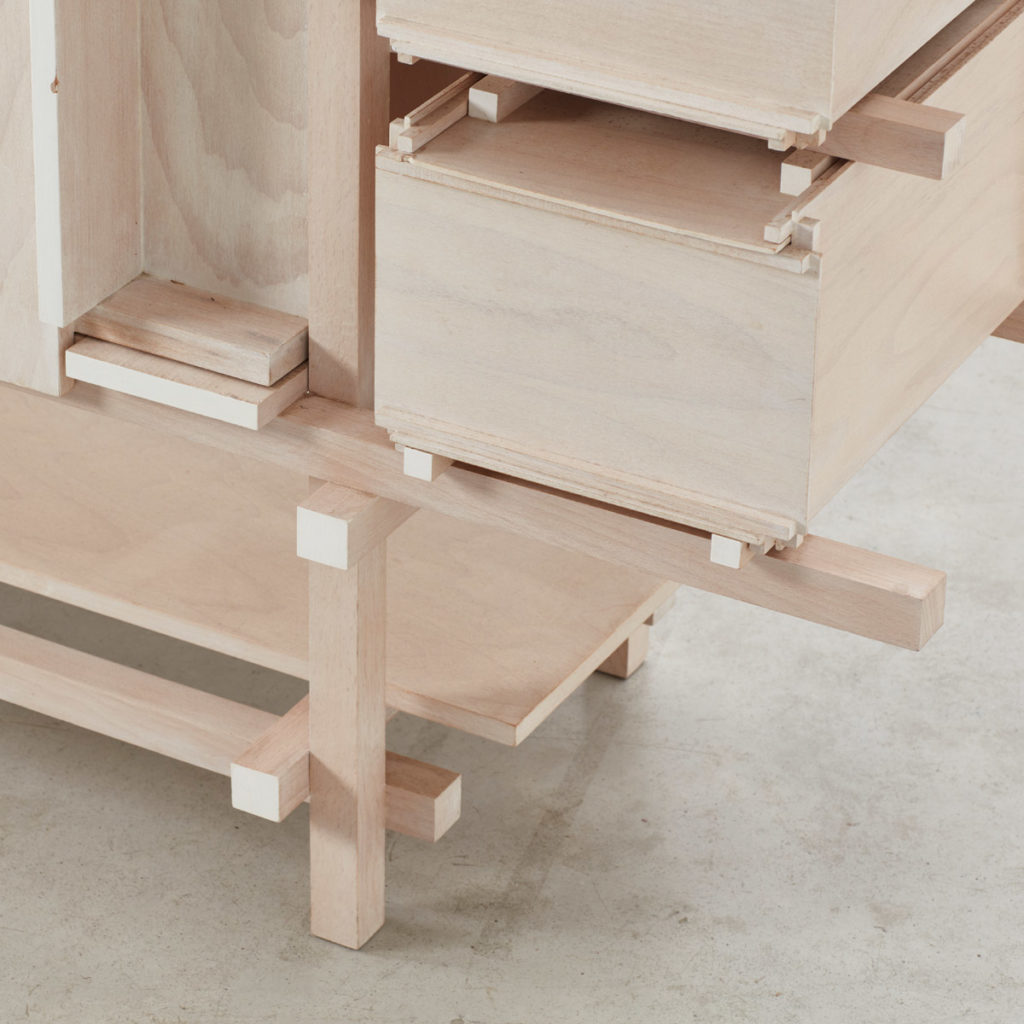 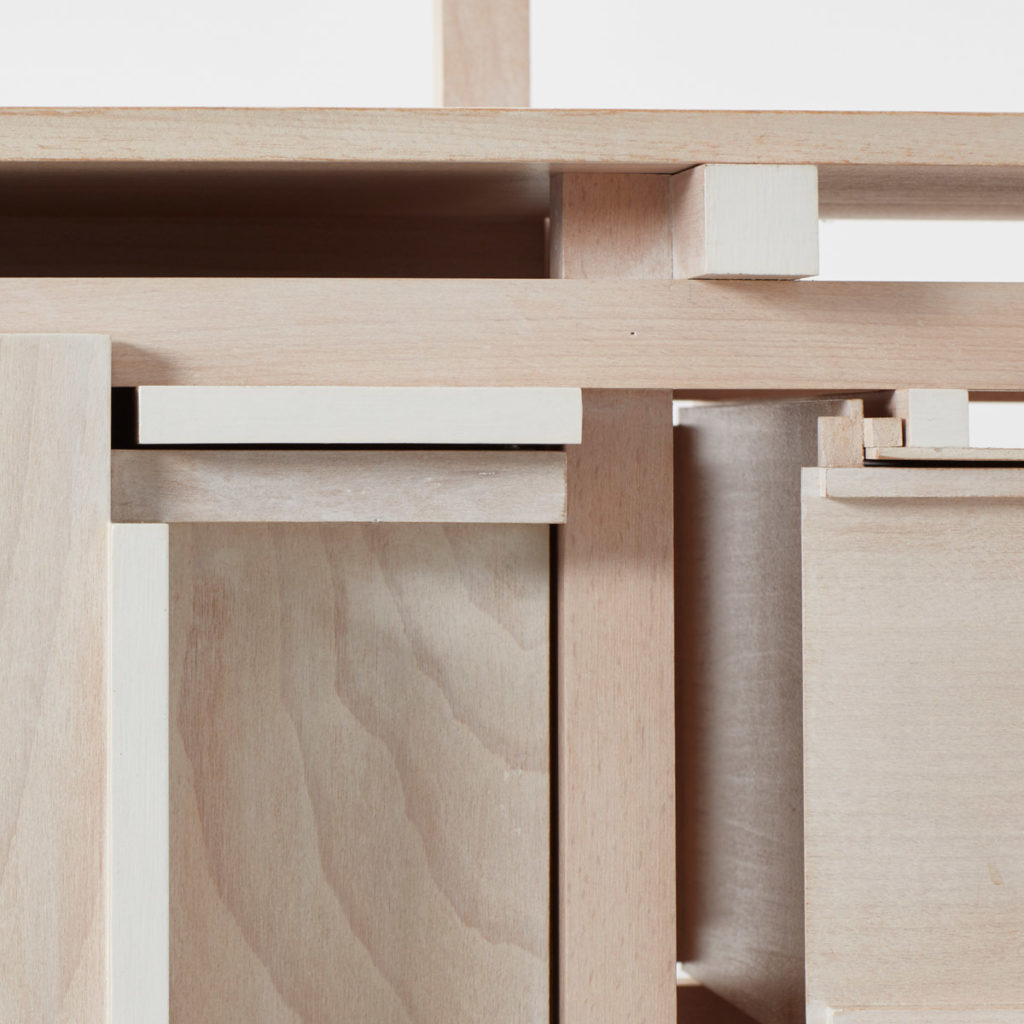 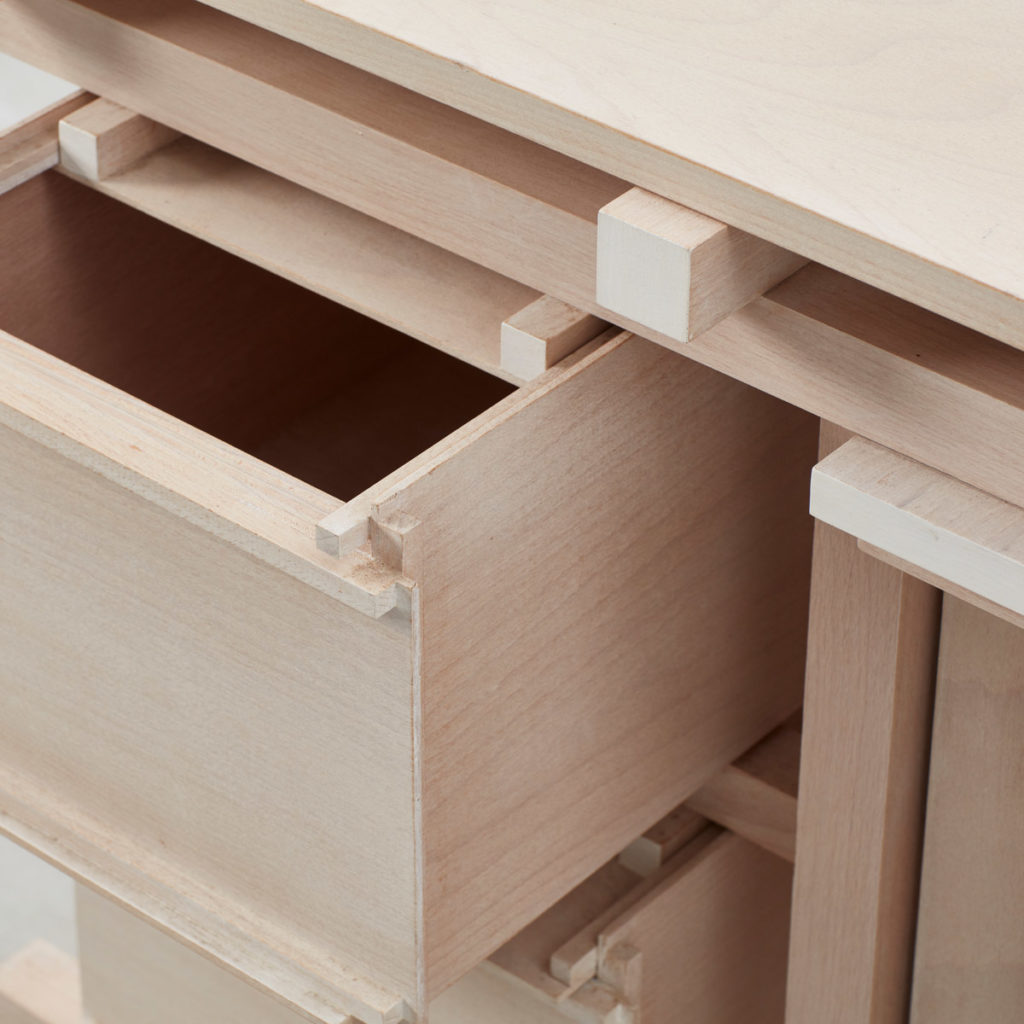 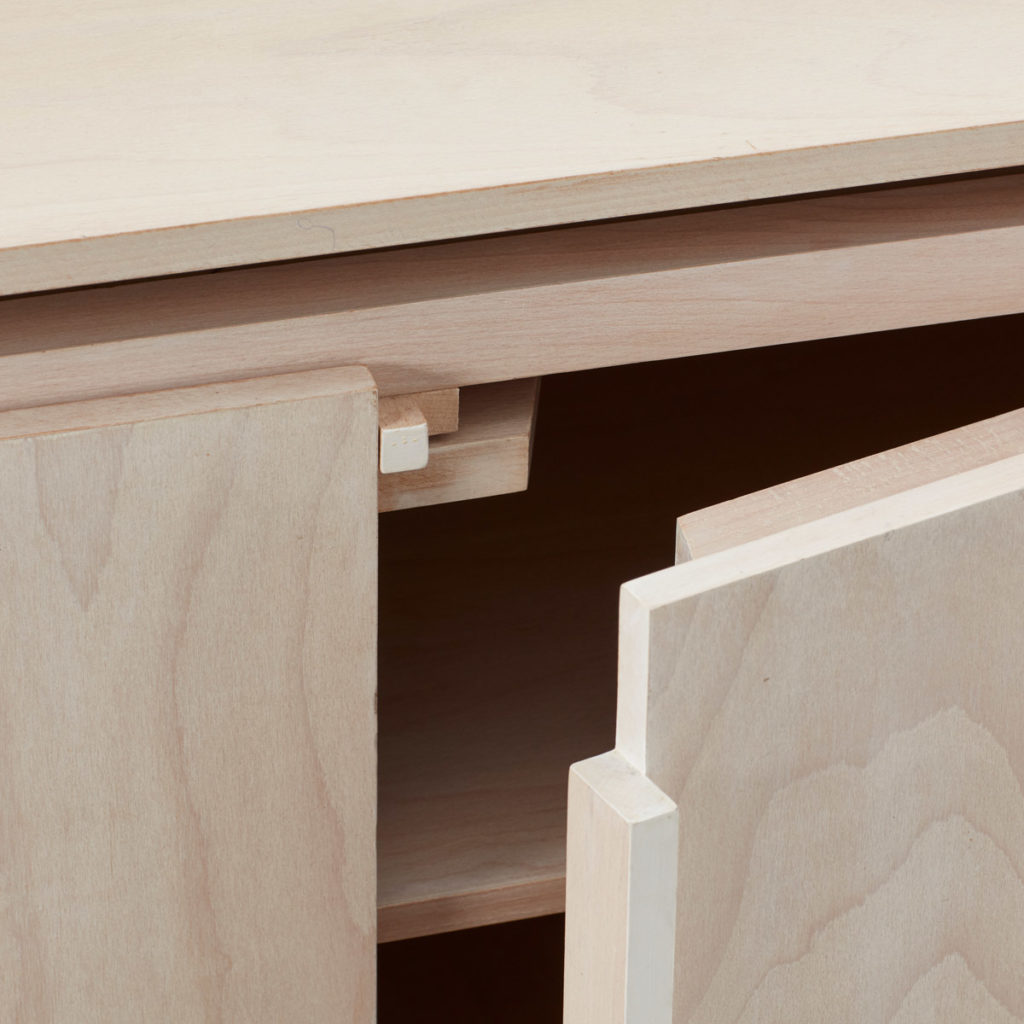 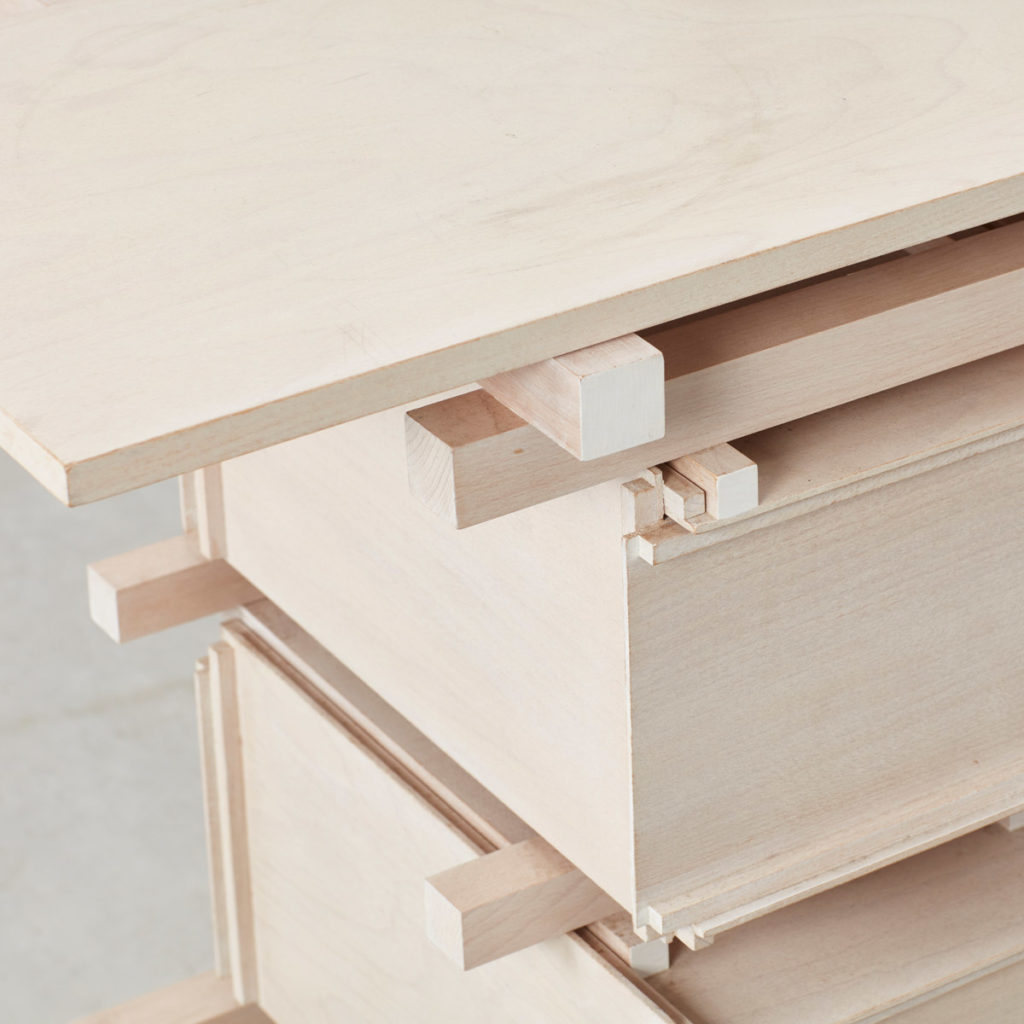 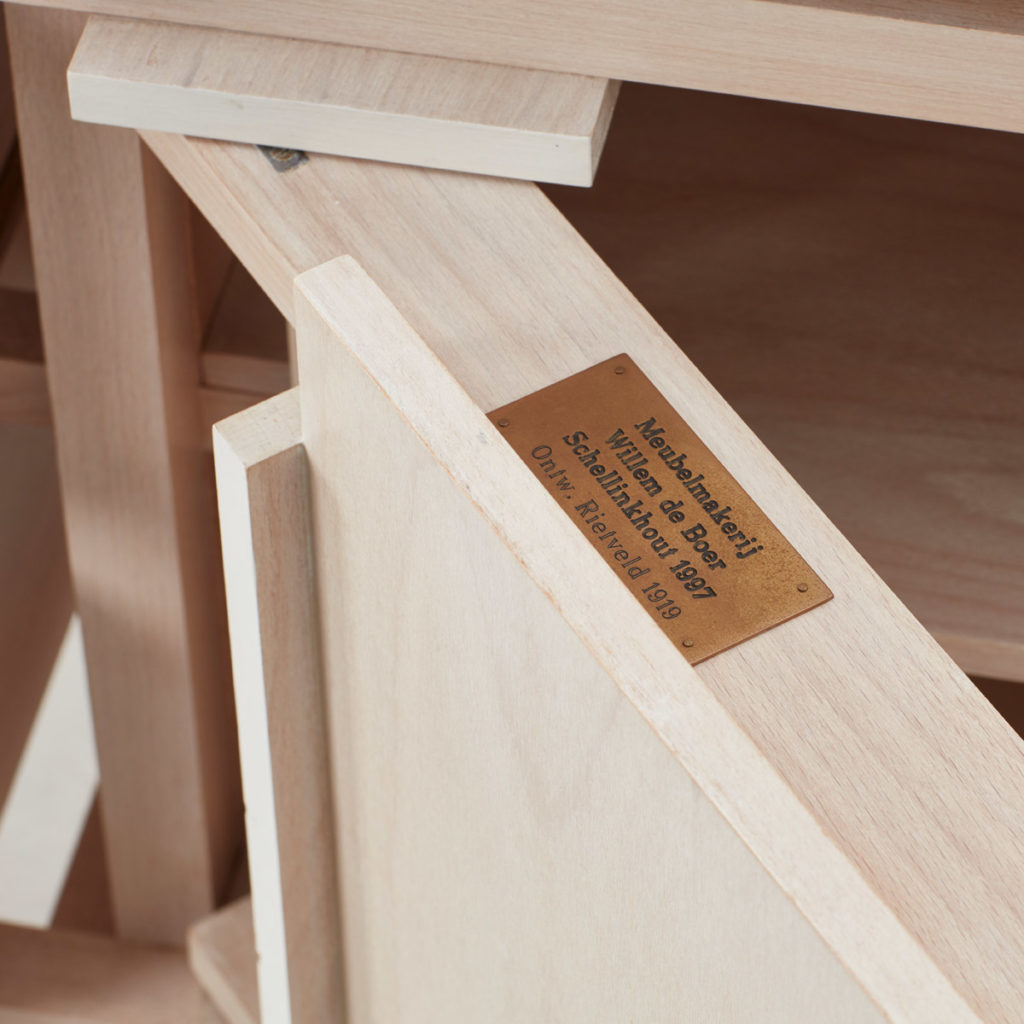 Gerrit Rietveld (1881-1964) was born in Utrecht to a father who was a skilled joiner, with whom he worked from a very young age. He gained notoriety with the De Stijl movement that featured names such as Piet Mondrian and Theo van Doesburg. Rietveld’s designs are instantly recognisable for their dynamism, angularity and weightlessness.

The Elling sideboard was originally designed in 1919 for the house of well known architect Piet Elling. Unfortunately, the original version was destroyed in a fire and remained buried until 1951 when the Stedelijk Museum in Amsterdam commissioned its remaking for an exhibition. Since then a handful have been made by Rietveld’s carpenter, Gerard van de Groenekan and later in small numbers by Cassina. This example of later production by Dutch master craftsman Willem de Boer is made faithfully to Rietveld’s original specifications. A main compartment is accessed through two doors, with four sliding draws and a top shelf. Made from pale wood with painted ends. Adorned with a brass maker’s plaque. It is in great condition with a few minor marks to some edges.