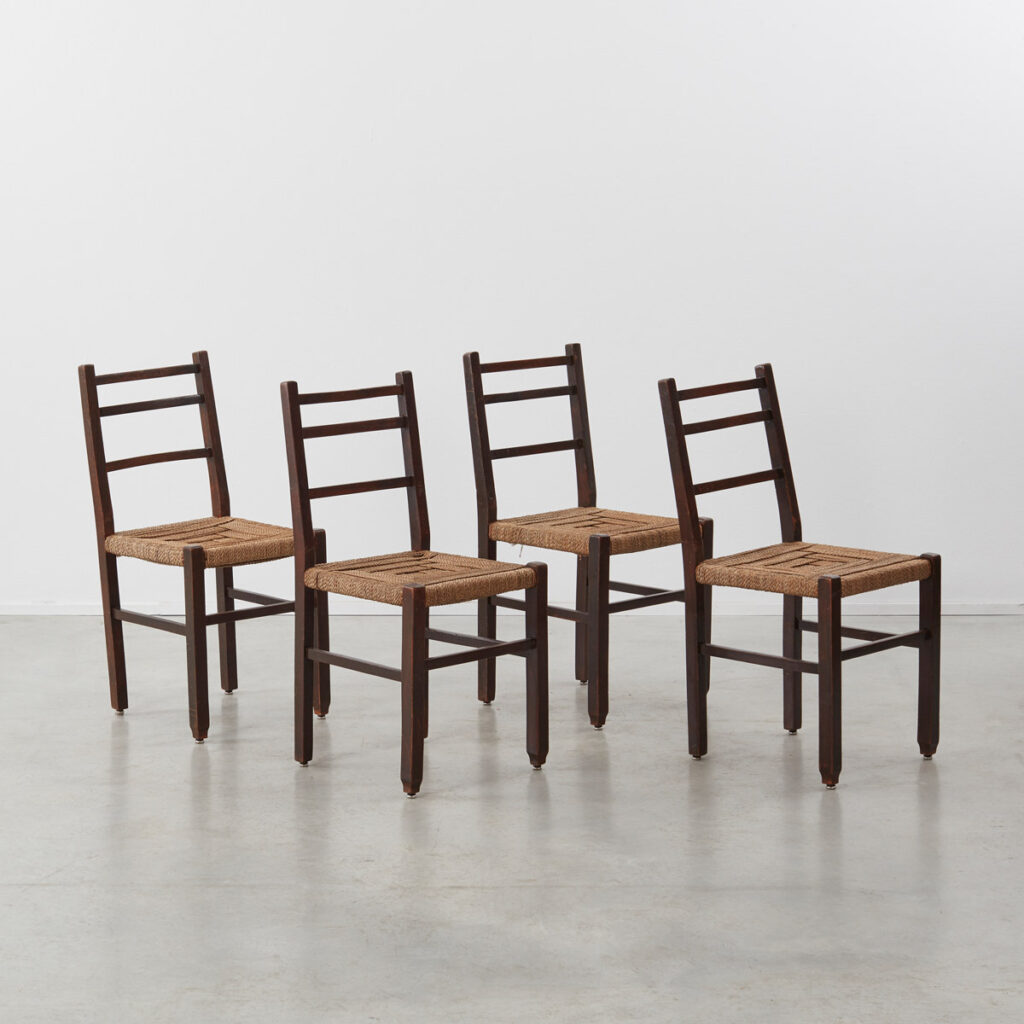 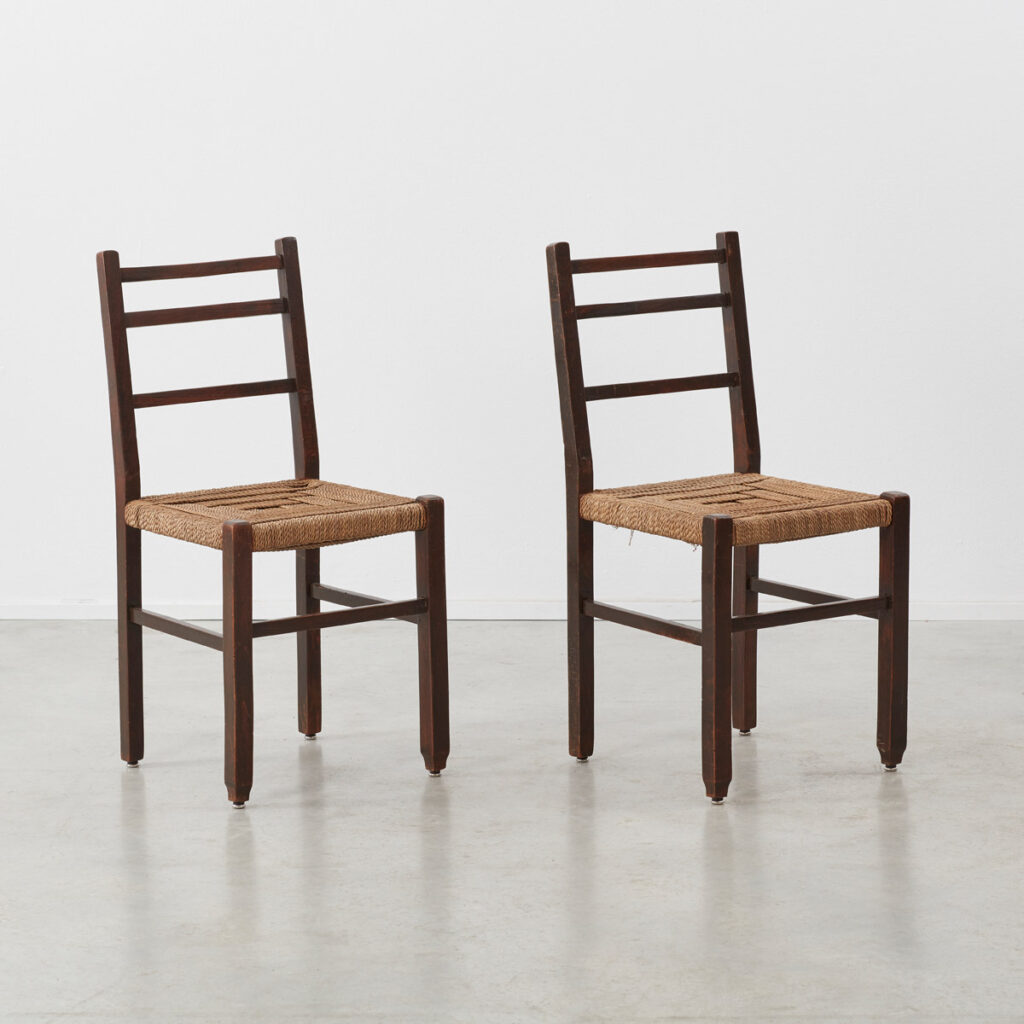 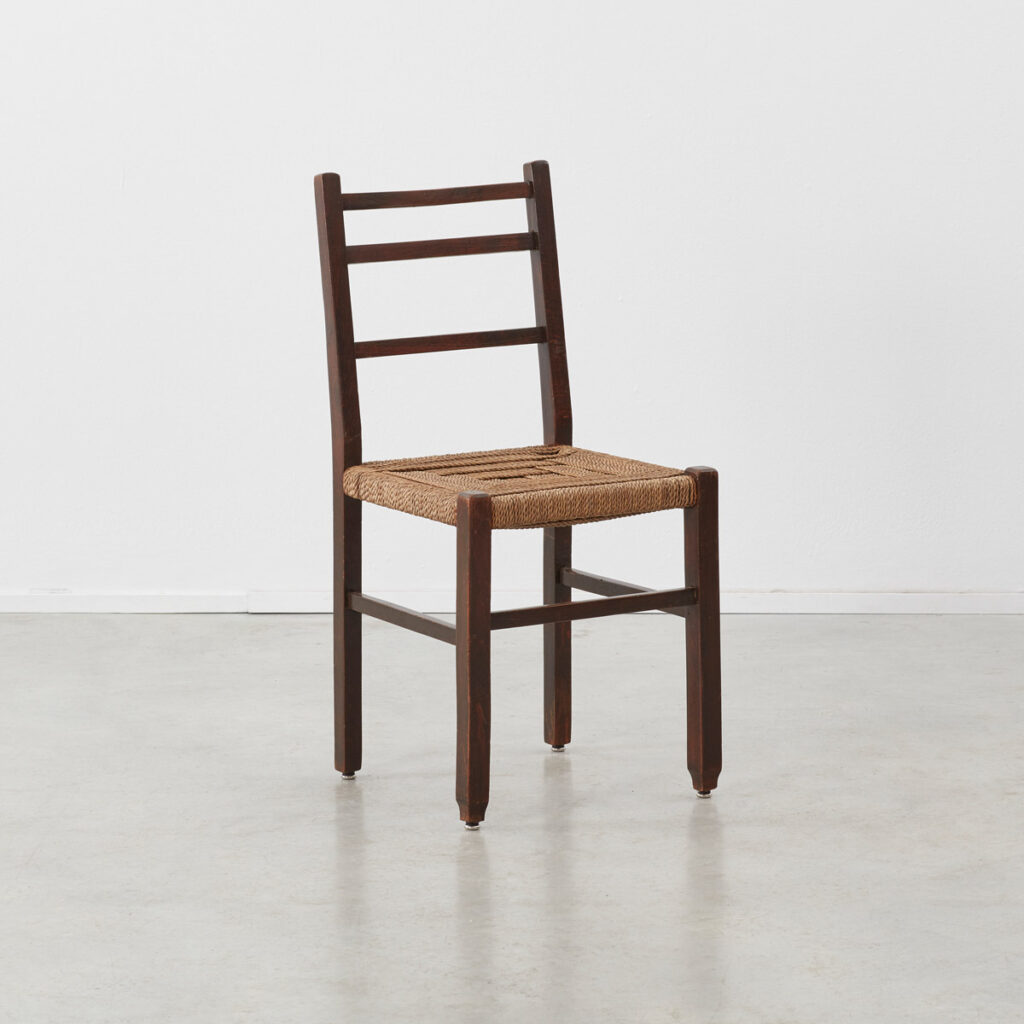 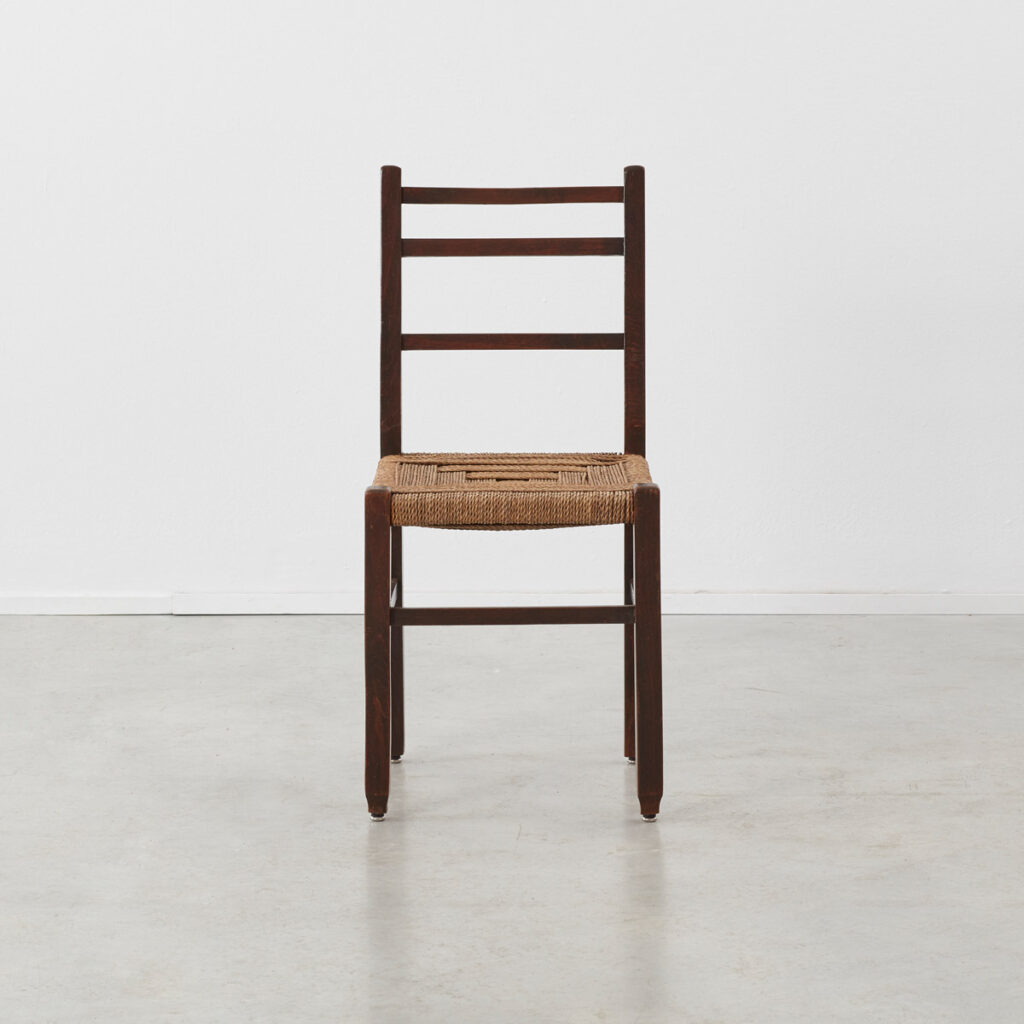 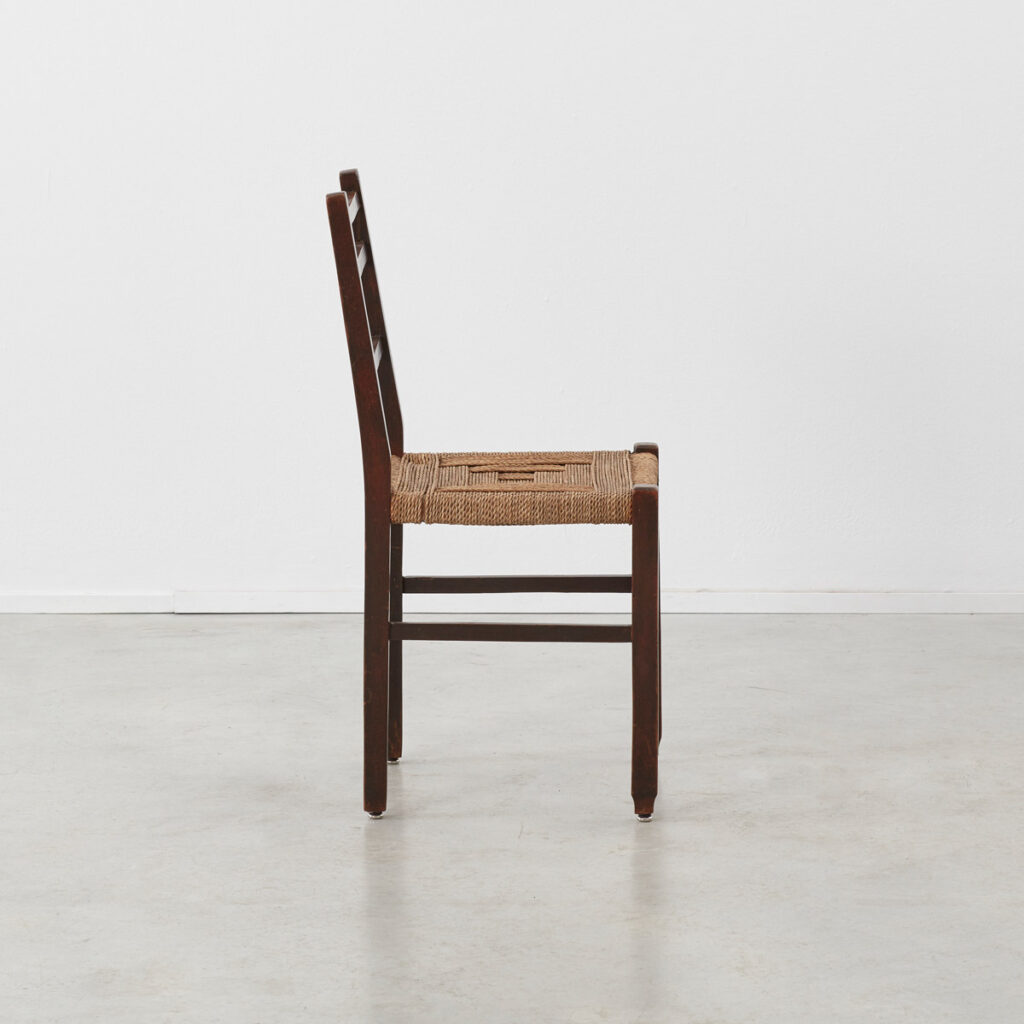 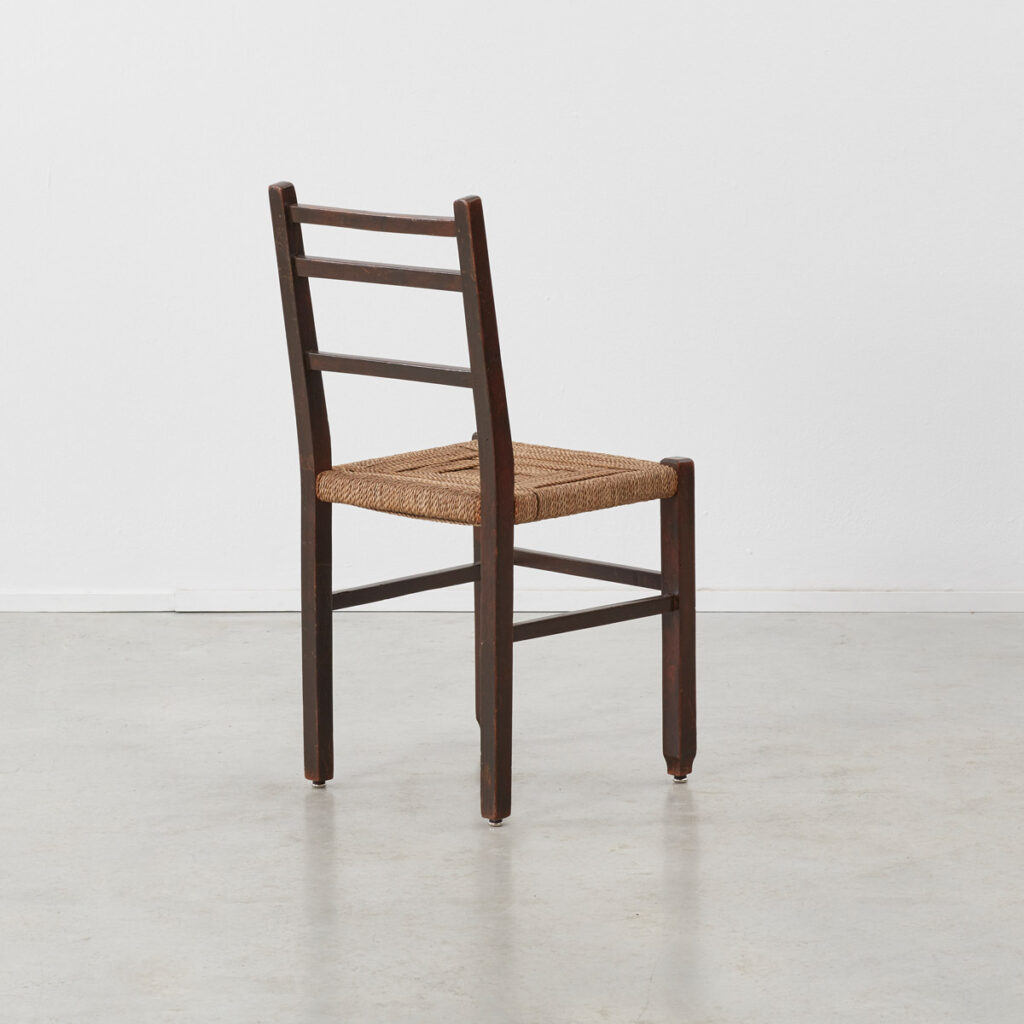 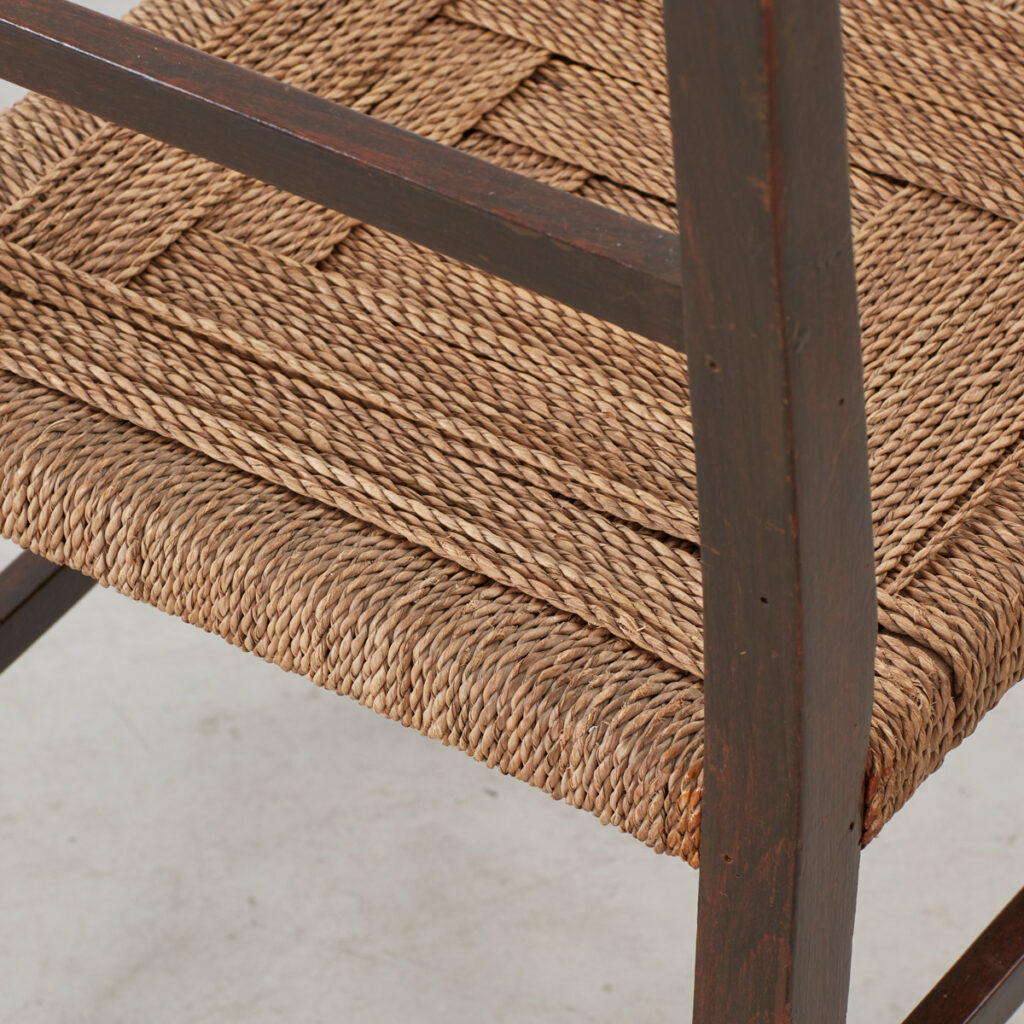 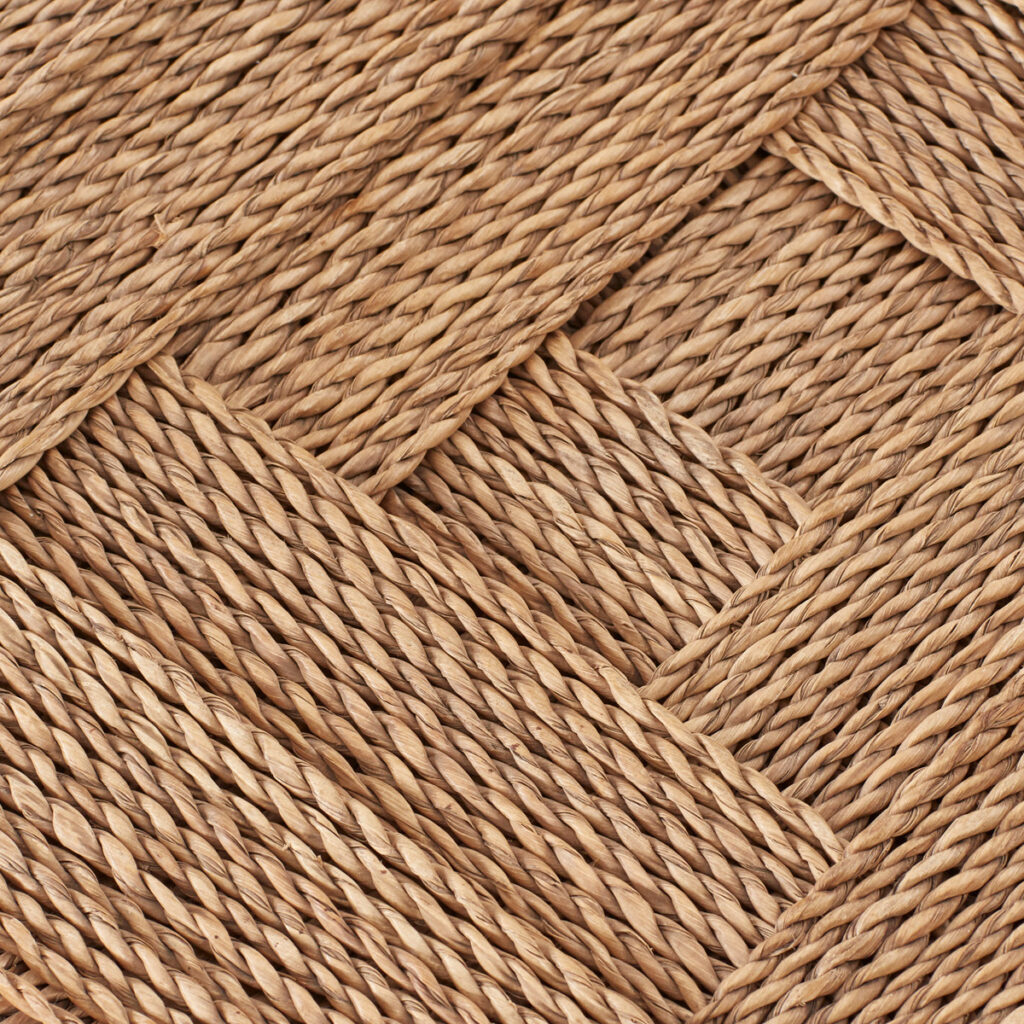 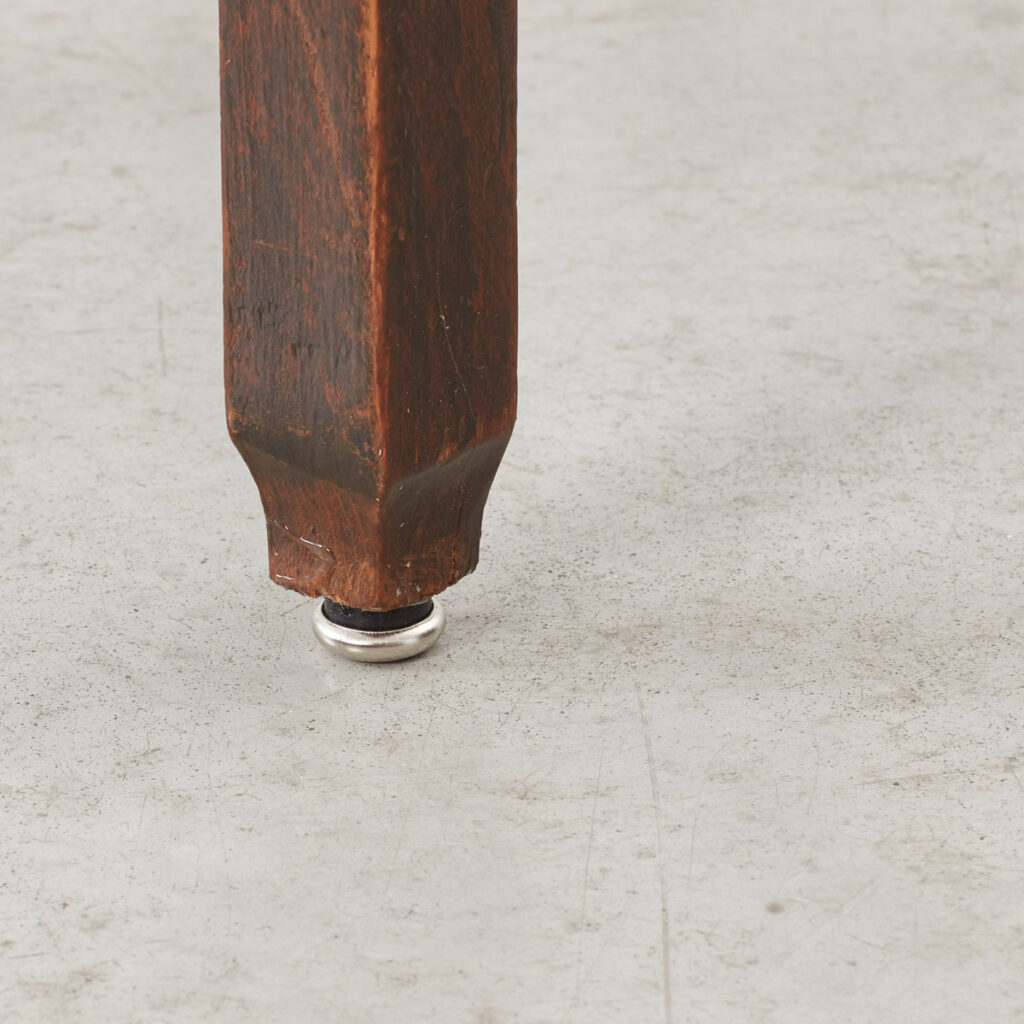 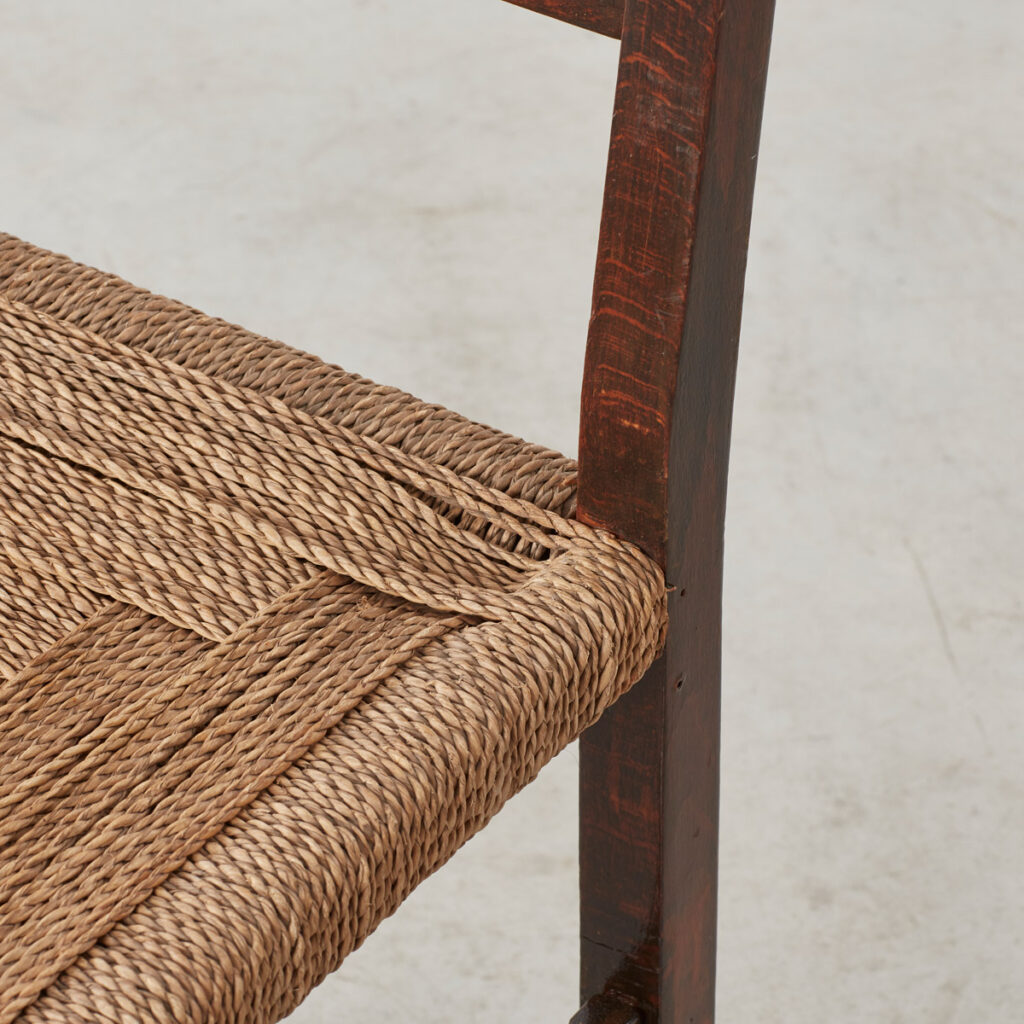 Elegant rope and Bois Noirci wooden chairs by Francis Jourdain. Jourdain was a well known French writer, designer, artist and political activist. He opened Les Ateliers Modernes in 1912 that specialised in producing modular wooden furniture for the working class and attacked French ostentation.  He advocated standardization and industrial production to rebuild France after World War I.

Made from wood in an archetypal ladder back structure with his signature woven rope seat. The chair shows wear and minor losses/wear to the finish. The rope cord is good, with the patina of age. Structurally sound with a slight twist/movement to two, but not worth attention. Thermo-treated to ensure past woodworm is indeed, past it.