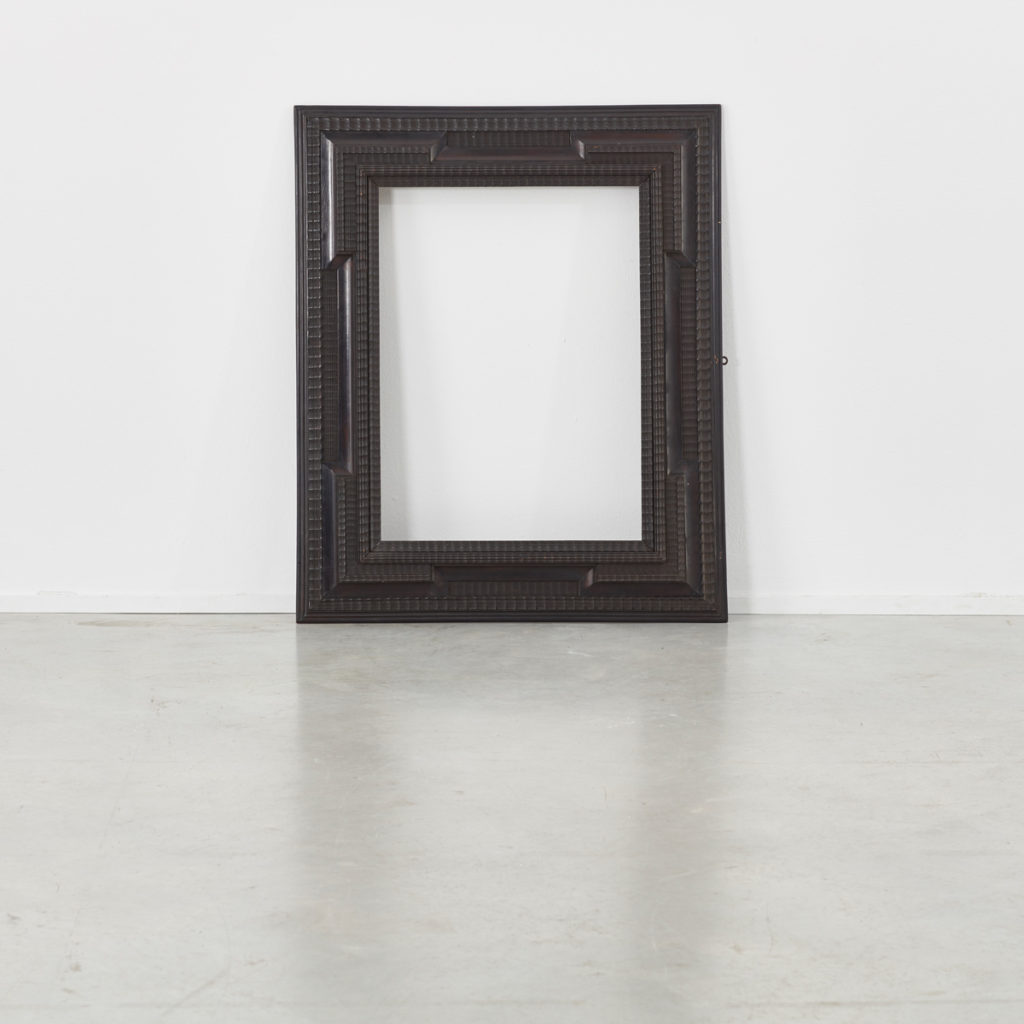 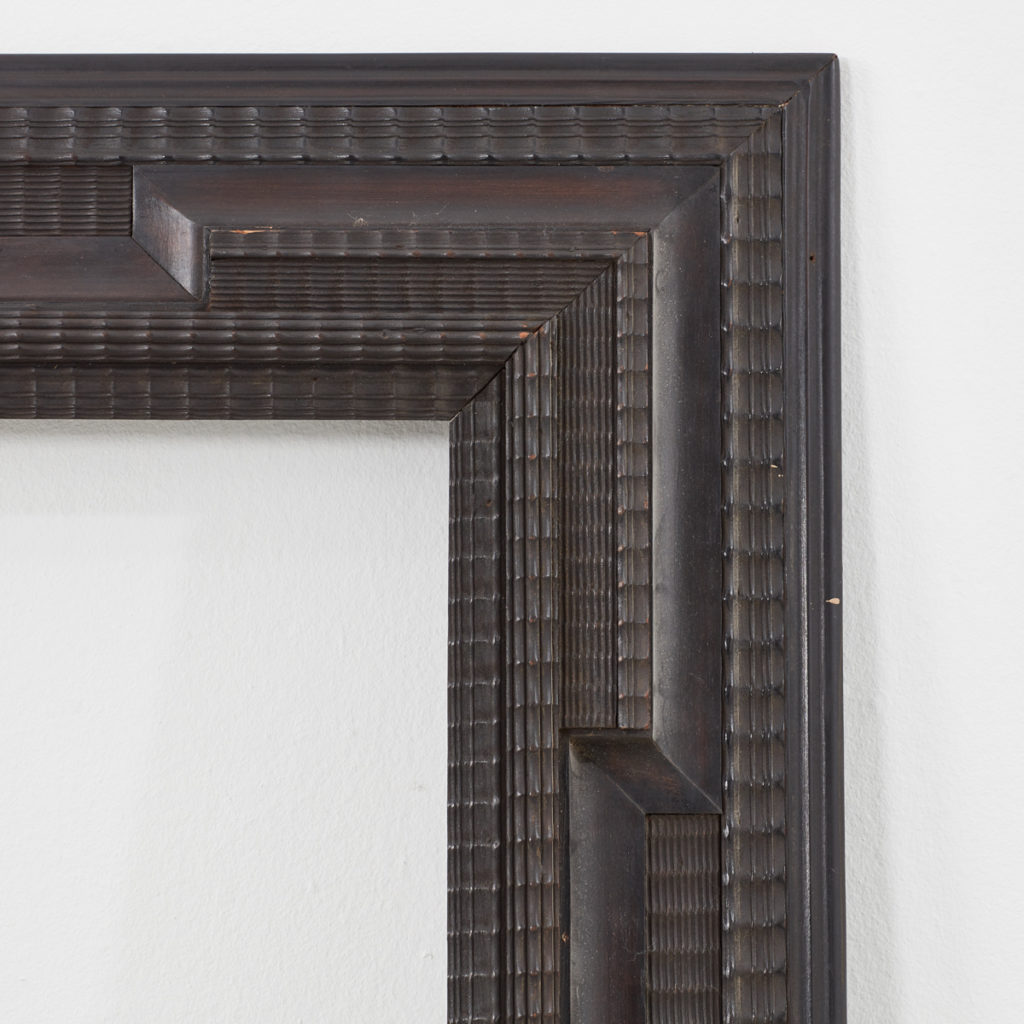 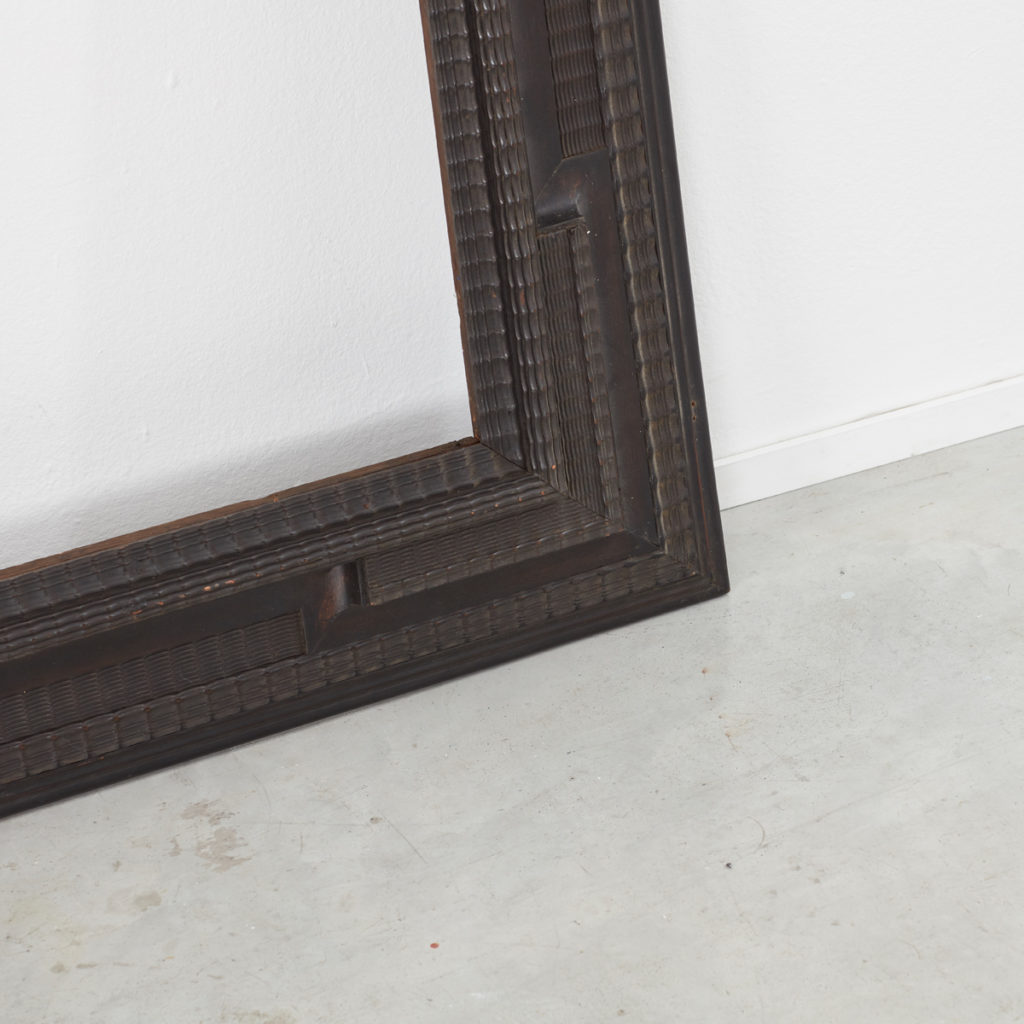 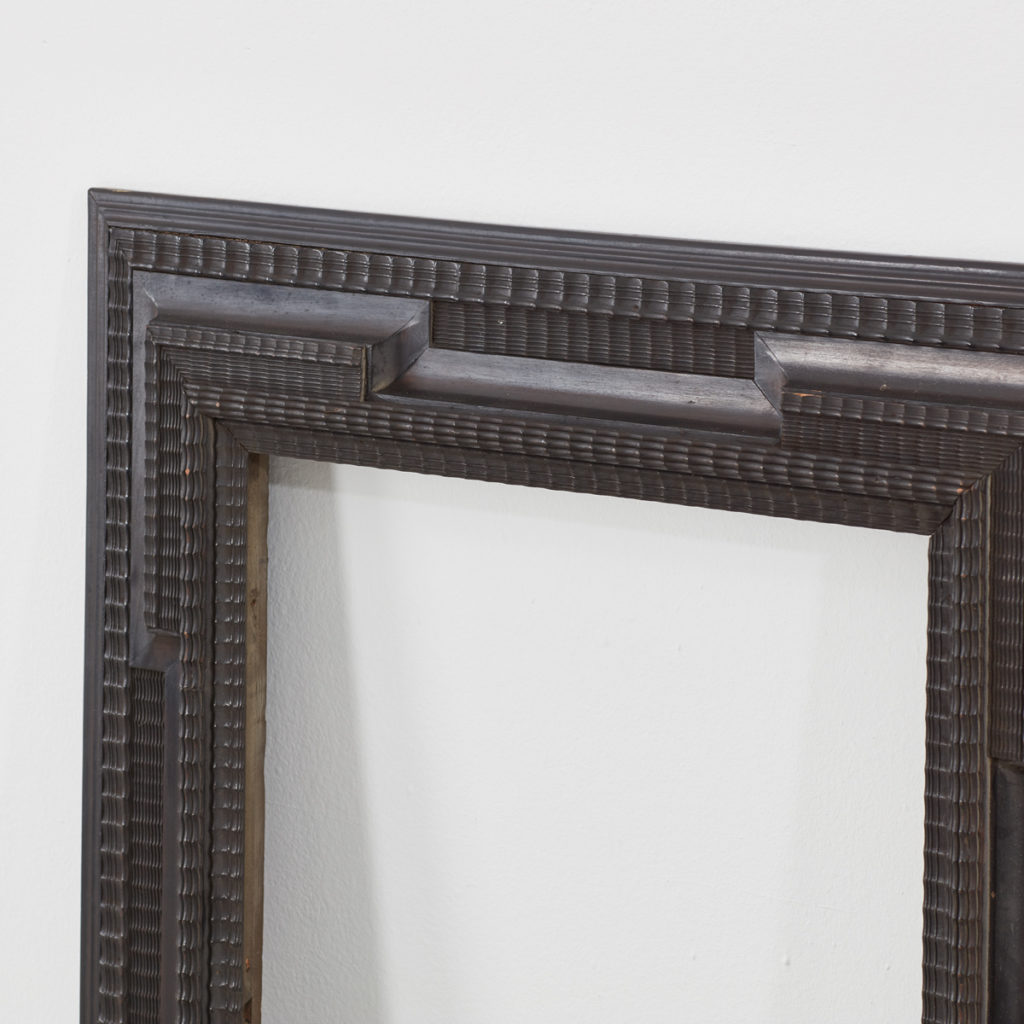 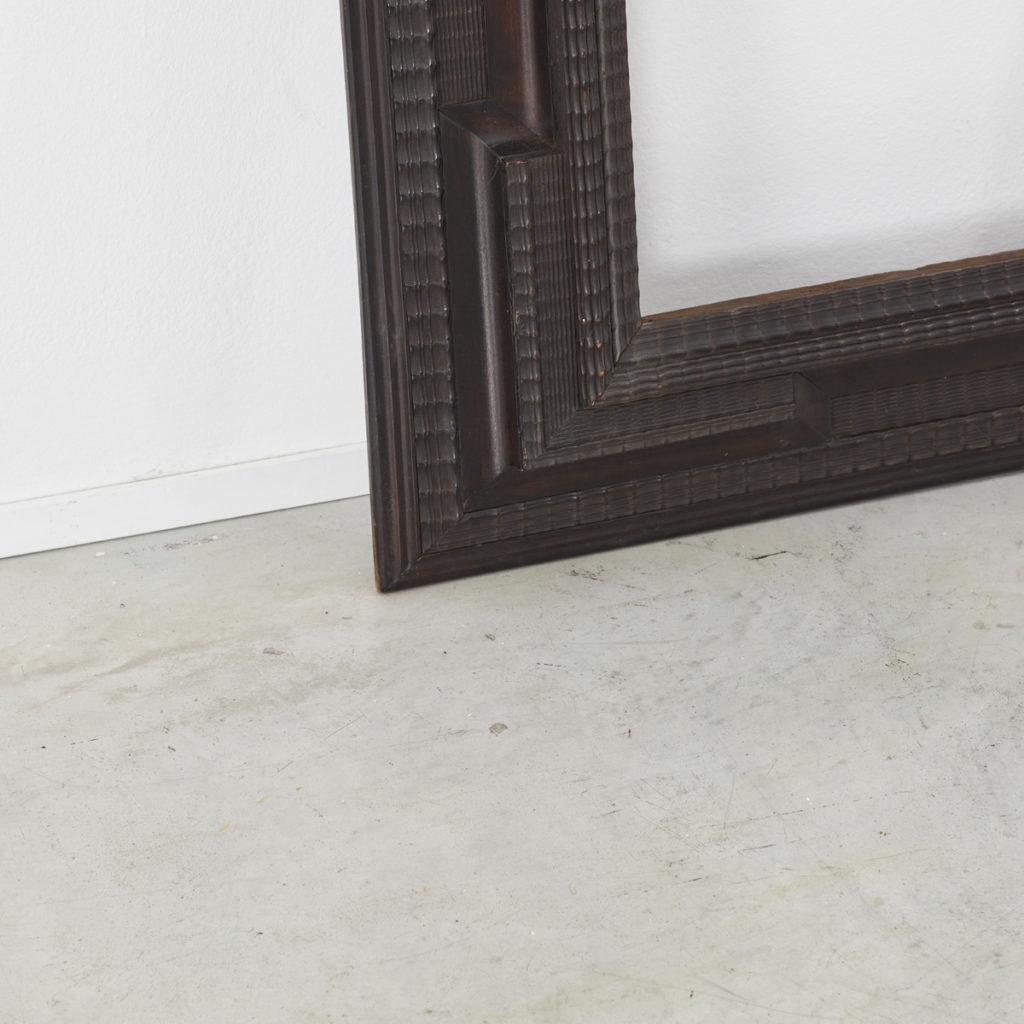 This extra large authentic early 18th Century Dutch ripple frame is made from ebonised wood and is intricately detailed across its surfaces. It was made in the 1700s in Holland and has a striking presence. It is so rare to find such a large, old one. It would be great above a fireplace, console, in a hallway or above a bed. It is generally in good vintage condition and can be used by any good framer to frame a flat piece of art or foxed mirror plate – which we can arrange. Some condition notes: It has bags of patina and minor losses expected of something so old. There is evidence of old spent wood worm, a small repair to inner edge of frame following a loss of a brittle part, possibly has been re-ebonised in a slightly more rudimentary way sometime in the last century.