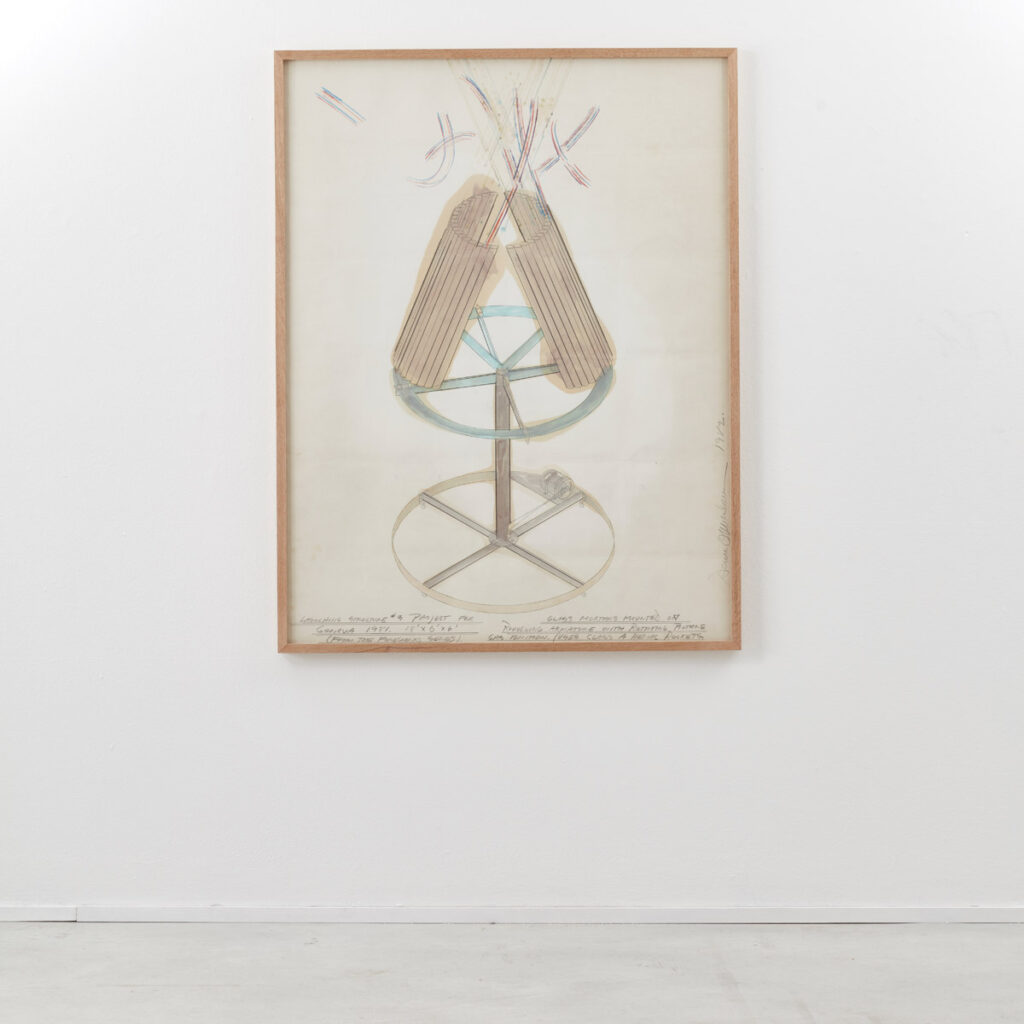 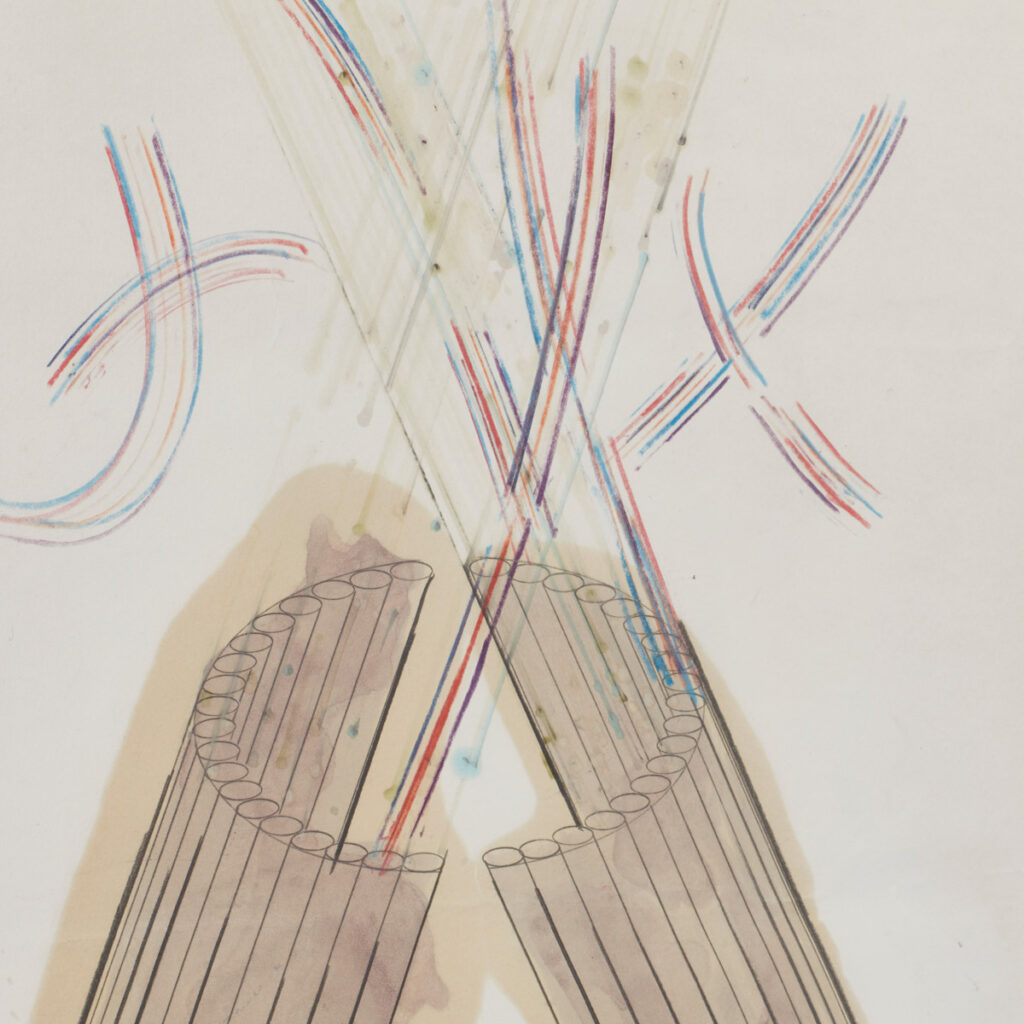 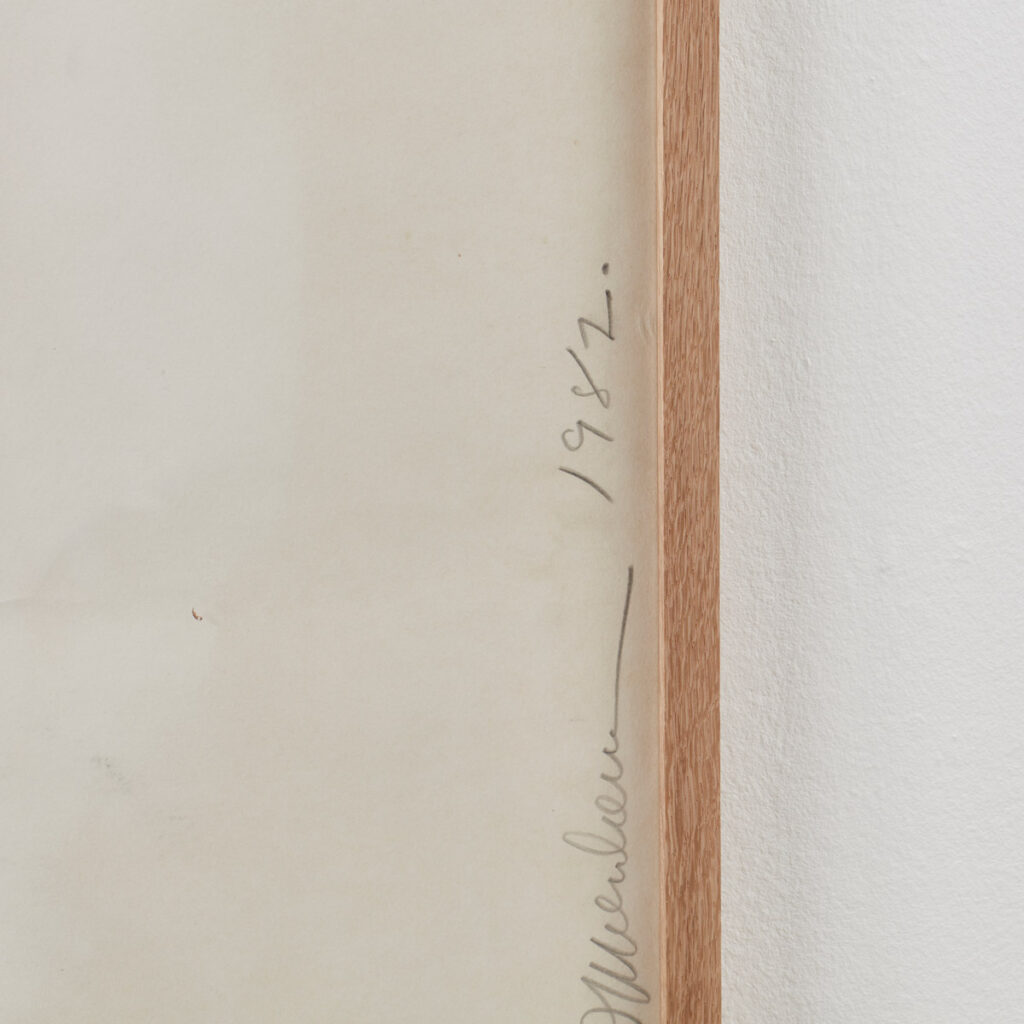 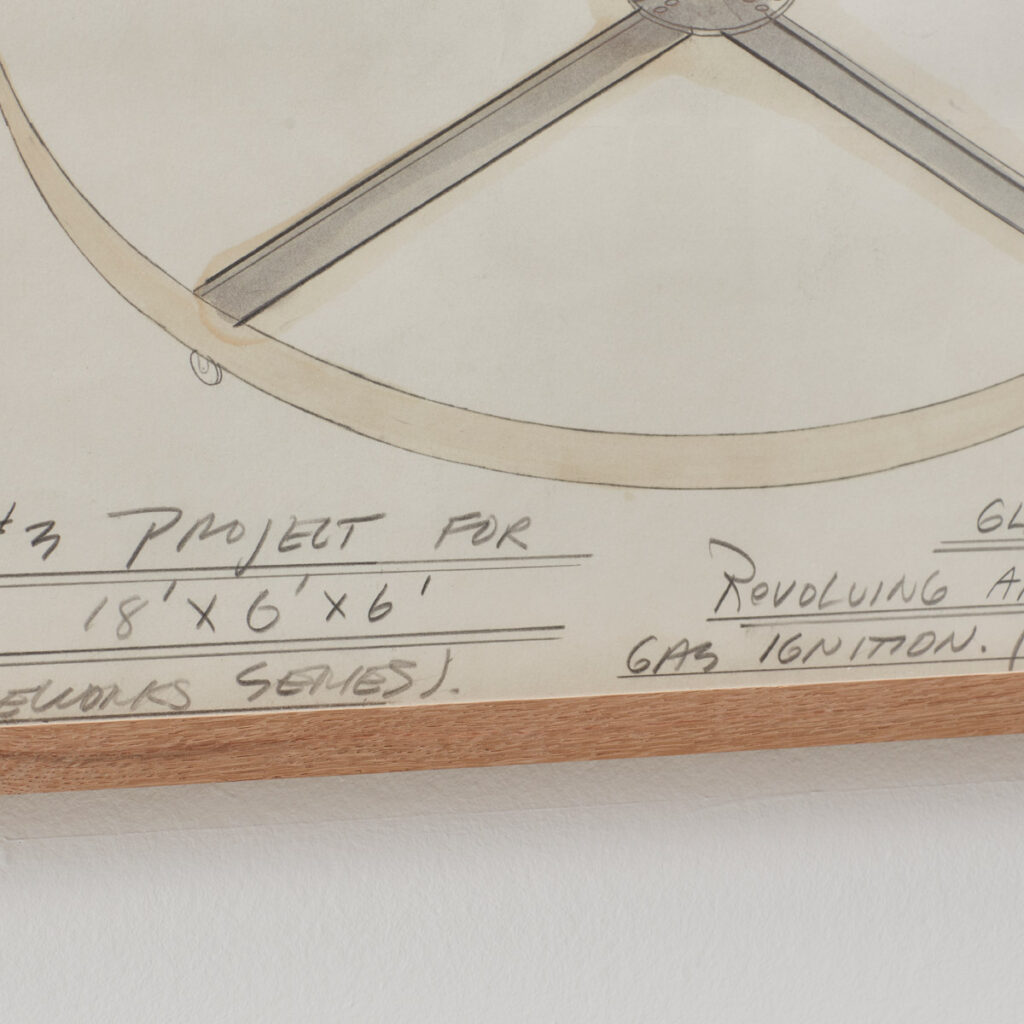 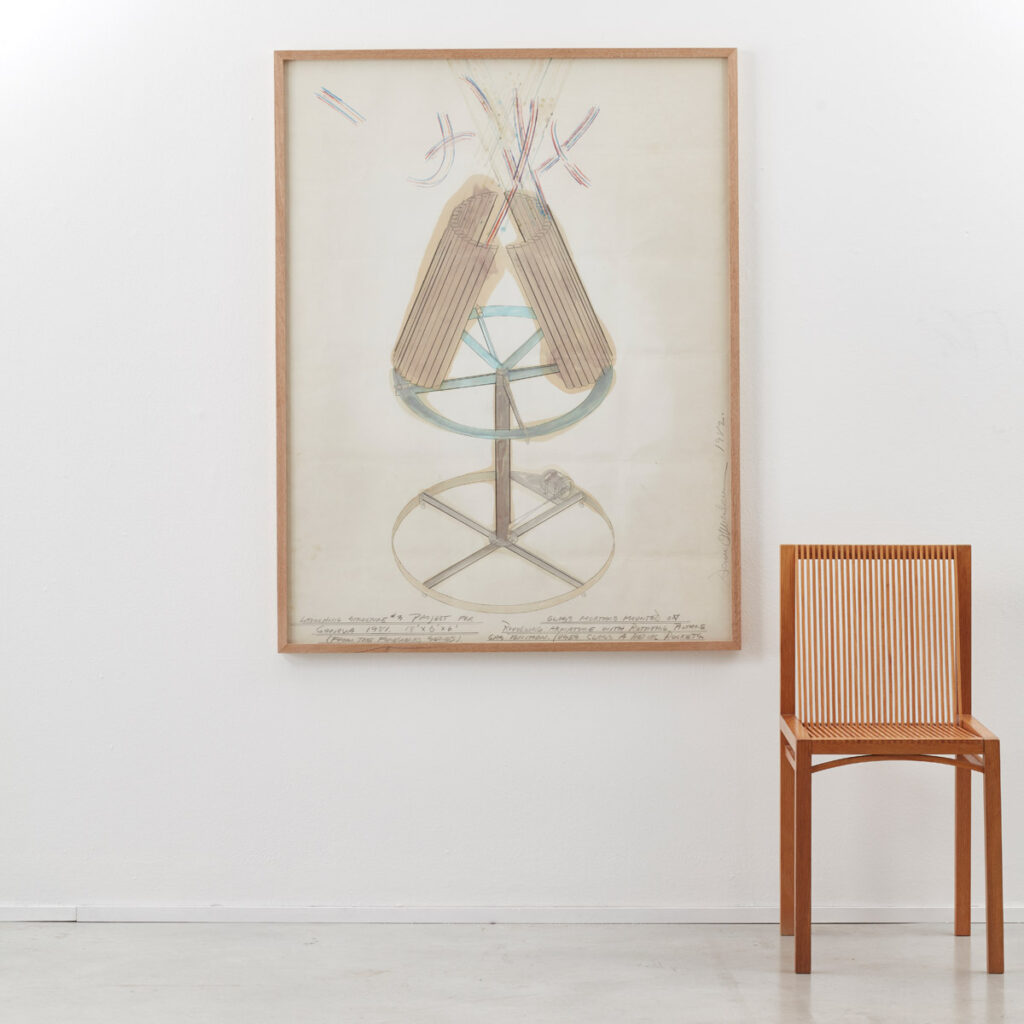 Dennis Oppenheim (1938-2011) was a conceptual artist, earth artist, sculptor, photographer, and performance artist, who was instrumental in the Performance Art and early Land Art movements. He exhibited alongside prominent artists of the age such as Michael Heizer, Robert Smithson, Robert Morris, and Vito Acconci.

By the early 1970s, Oppenheim was among the artists who combined video and film with their performances. By the early 80’s, he had started to work on his machine pieces and was commissioned to create large public pieces in many major cities all over the world. This original drawing entitled Launching Structure #3, was for a project in Geneva that featured large mechanical structure that launched fireworks through dynamic mechanical movements.

This large mixed media drawing is in good vintage condition. It has crease marks to the paper and very minor foxing in places. The drawing has been framed under guidance from the artist’s estate.