Mailing List
Sign up to our mailer to keep up to date with out latest stock and events. Alternatively, contact us at info@betonbrut.co.uk.
Charles Dudouyt, Oak and oak veneer coffee table, 1940s | Béton Brut 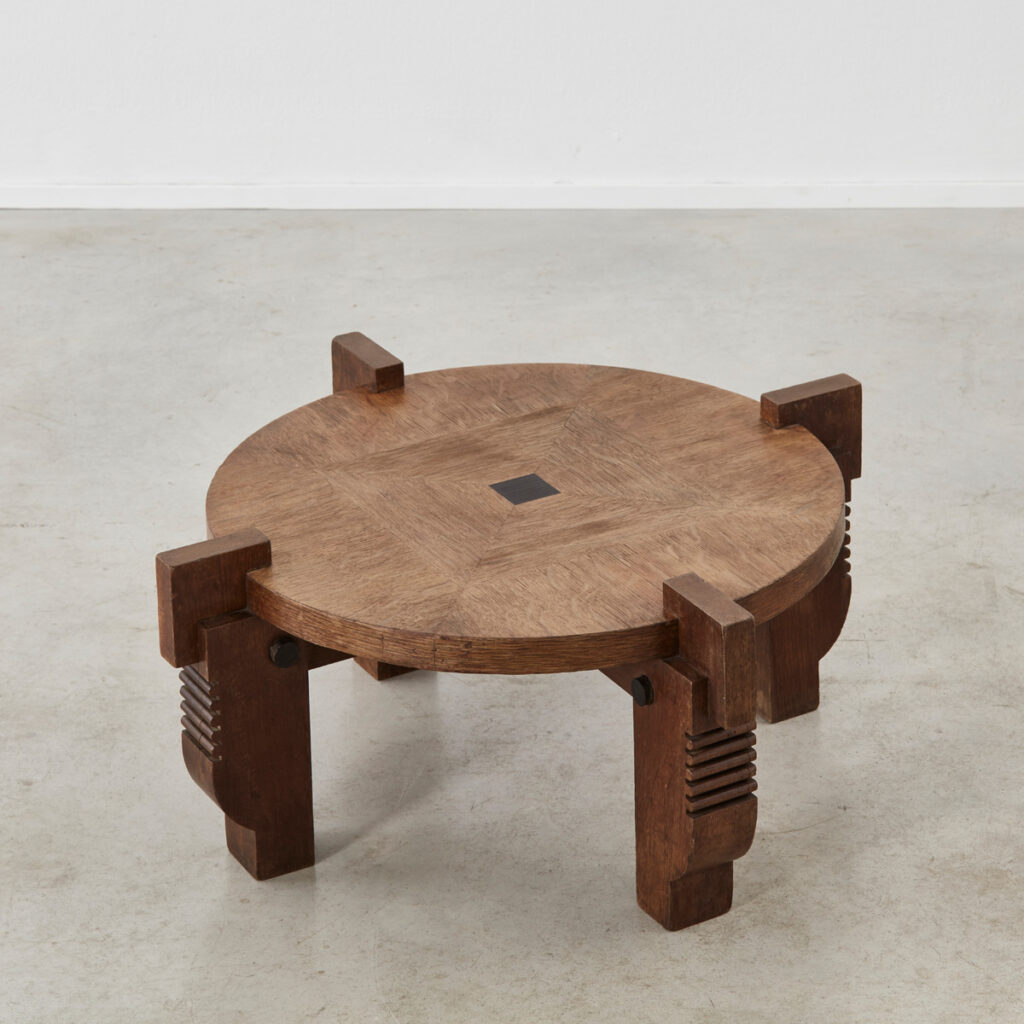 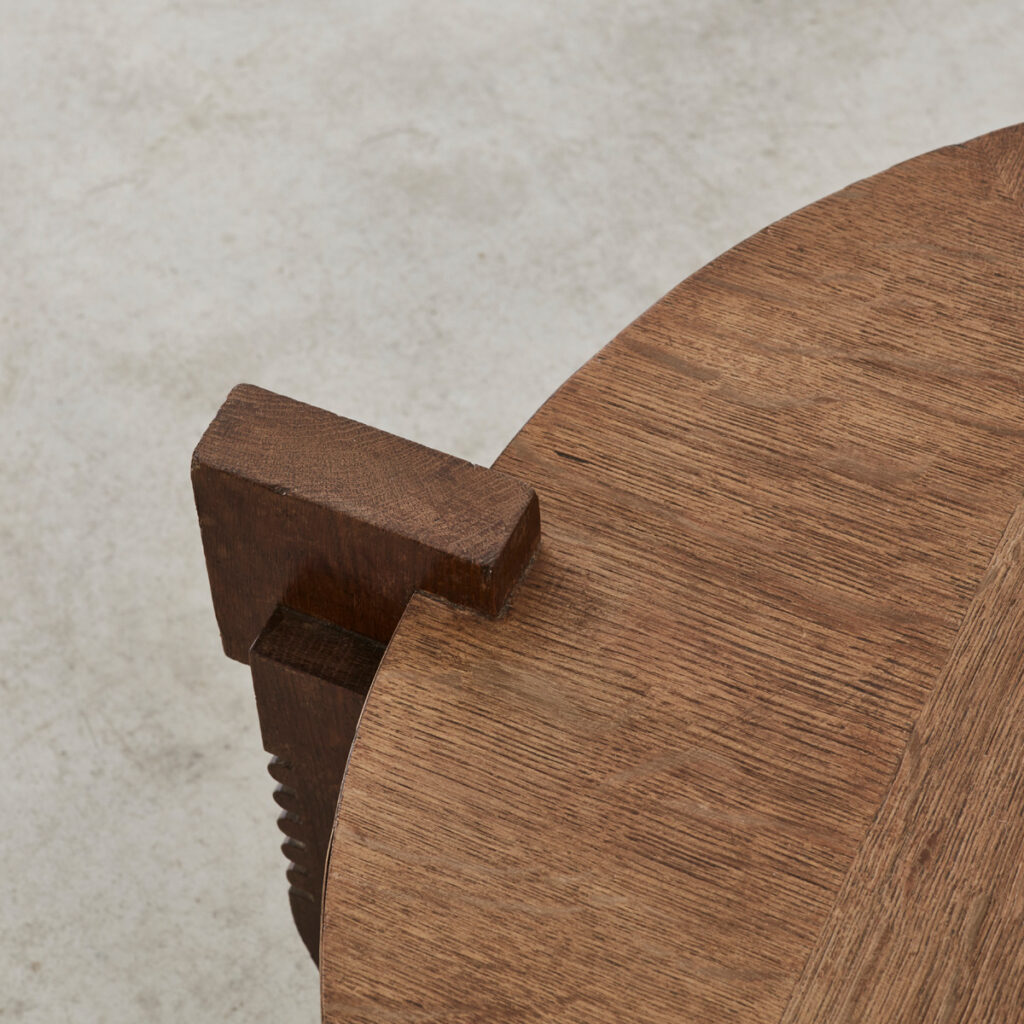 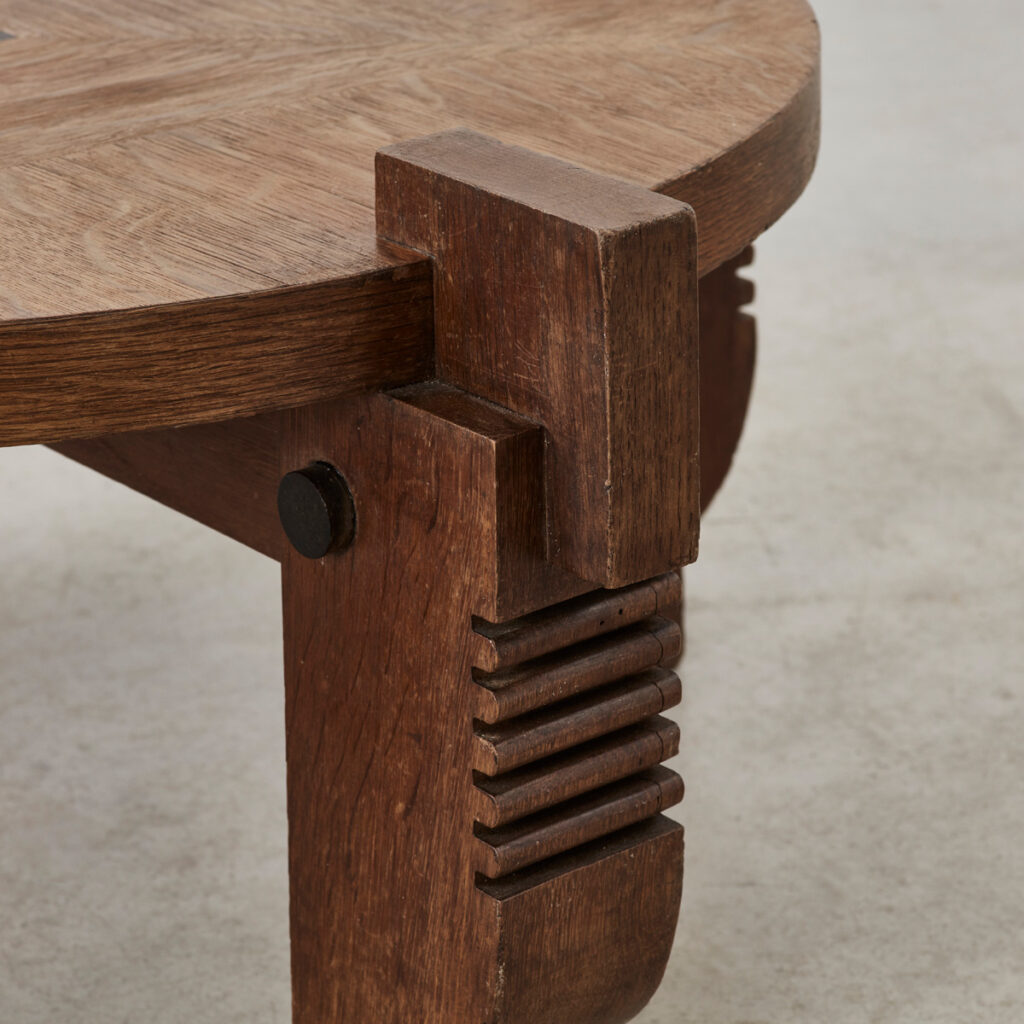 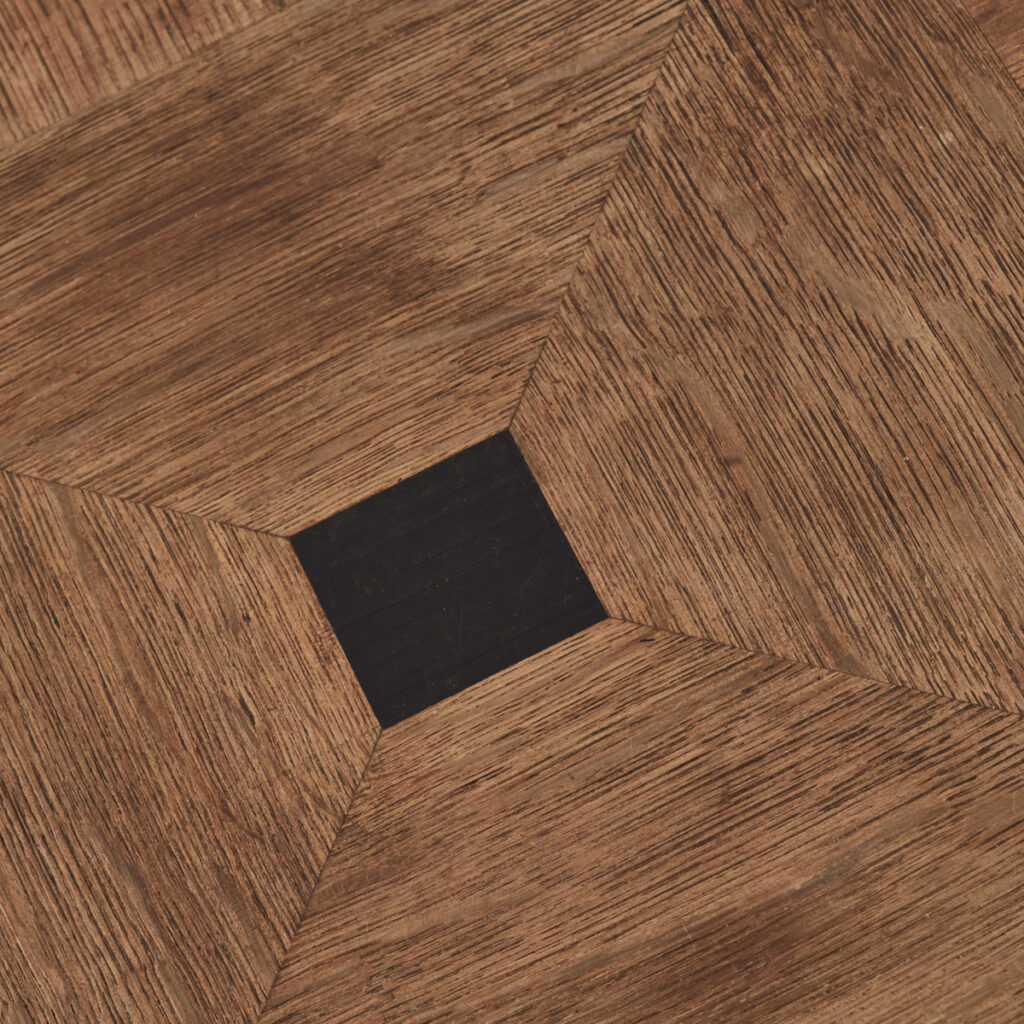 Charles Dudouyt (1885-1946) was an artist, illustrator, designer and survivor of Ypres. He crafted wooden furniture in strong Art Deco forms, using playful geometries and construction methods more in keeping with the robust Arts and Crafts Movement. Dudouyt’s designs were collectable at the time and he survived with the help of patrons and commissions.

This oak coffee table exemplifies Dudouyt’s interest in elemental and industrial forms: the legs appear part totem part bolt. These aesthetics characterised the end of his career, becoming synonymous with the shop he sold his work from, the Gentilhommière on the Boulevard Raspail in Paris. Its well-crafted rusticity reveals Dudouyt’s commitment to the principle of truth to materials: its Brancusi-like carved base ends in square brackets framing the circular tabletop which is decorated with geometric marquetry and a stained wood square in the centre. Extremely good vintage condition.