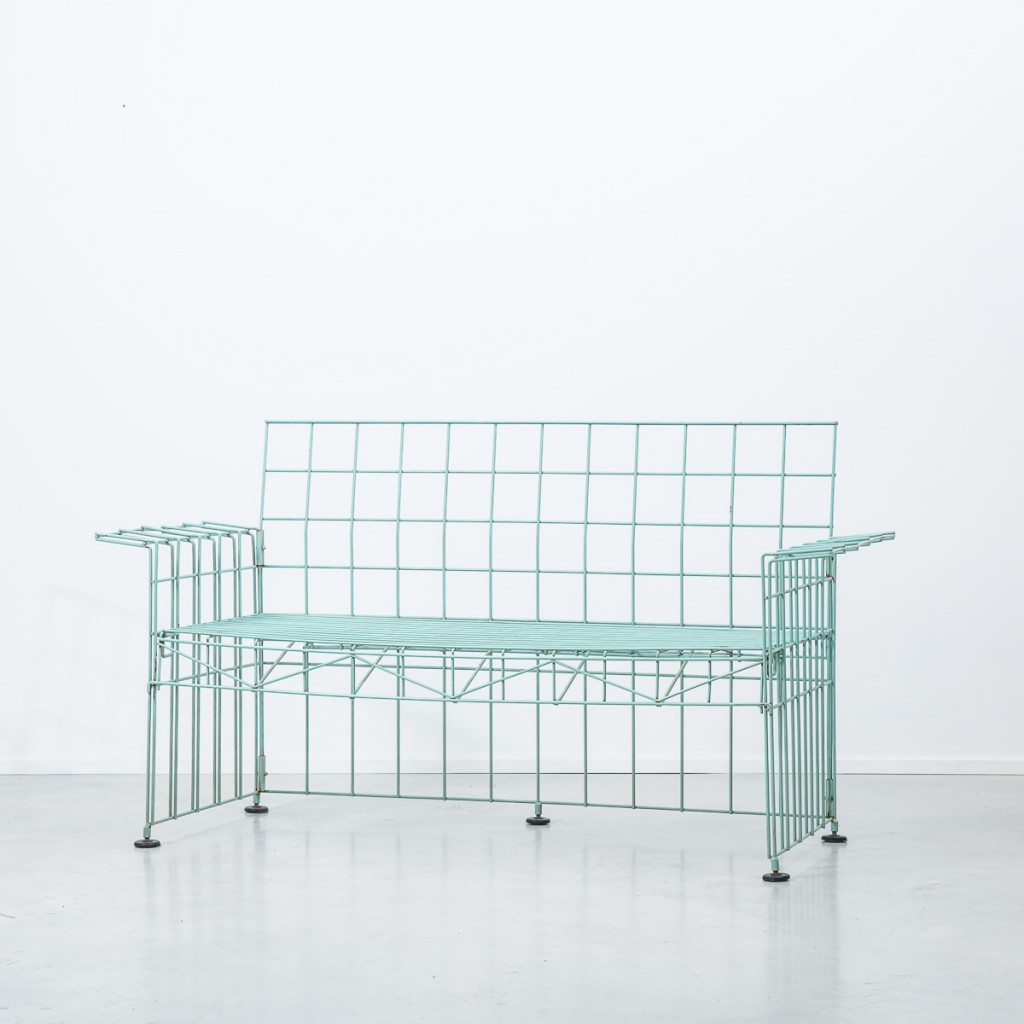 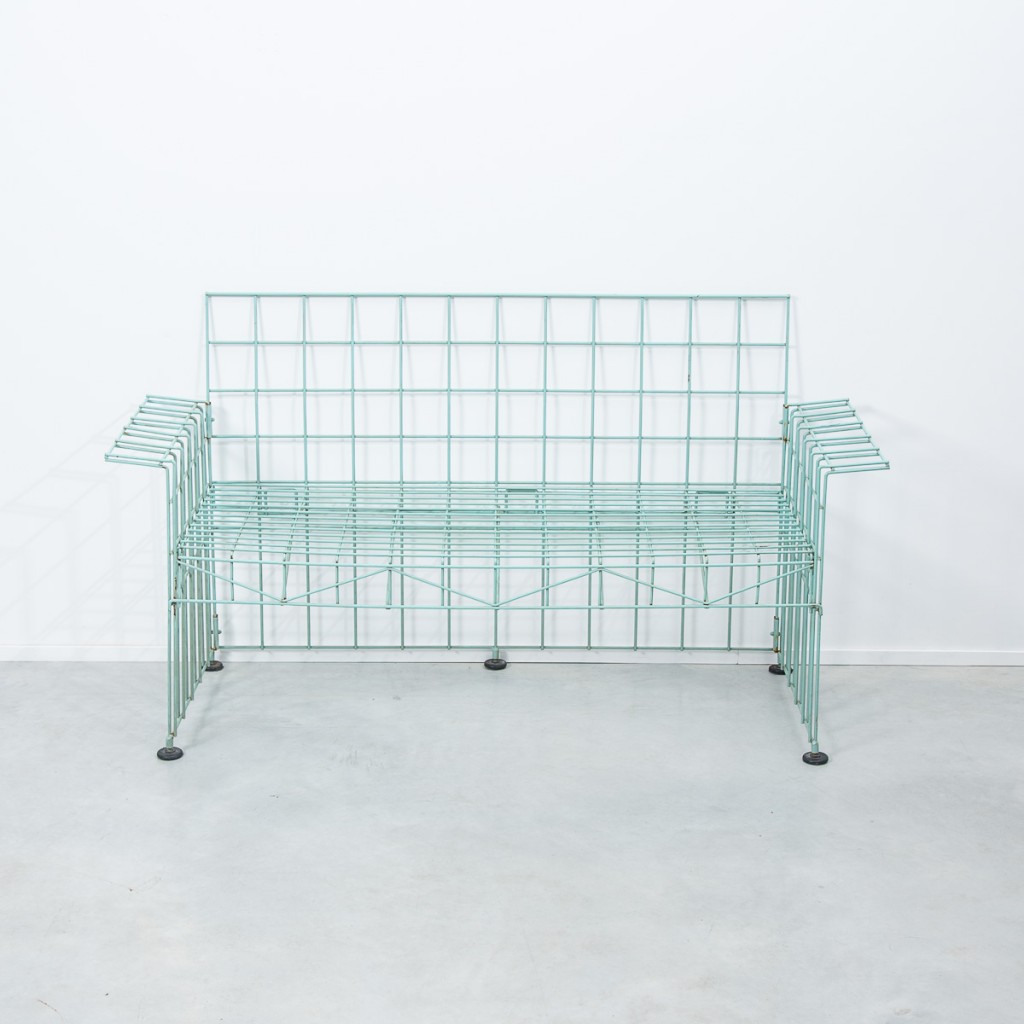 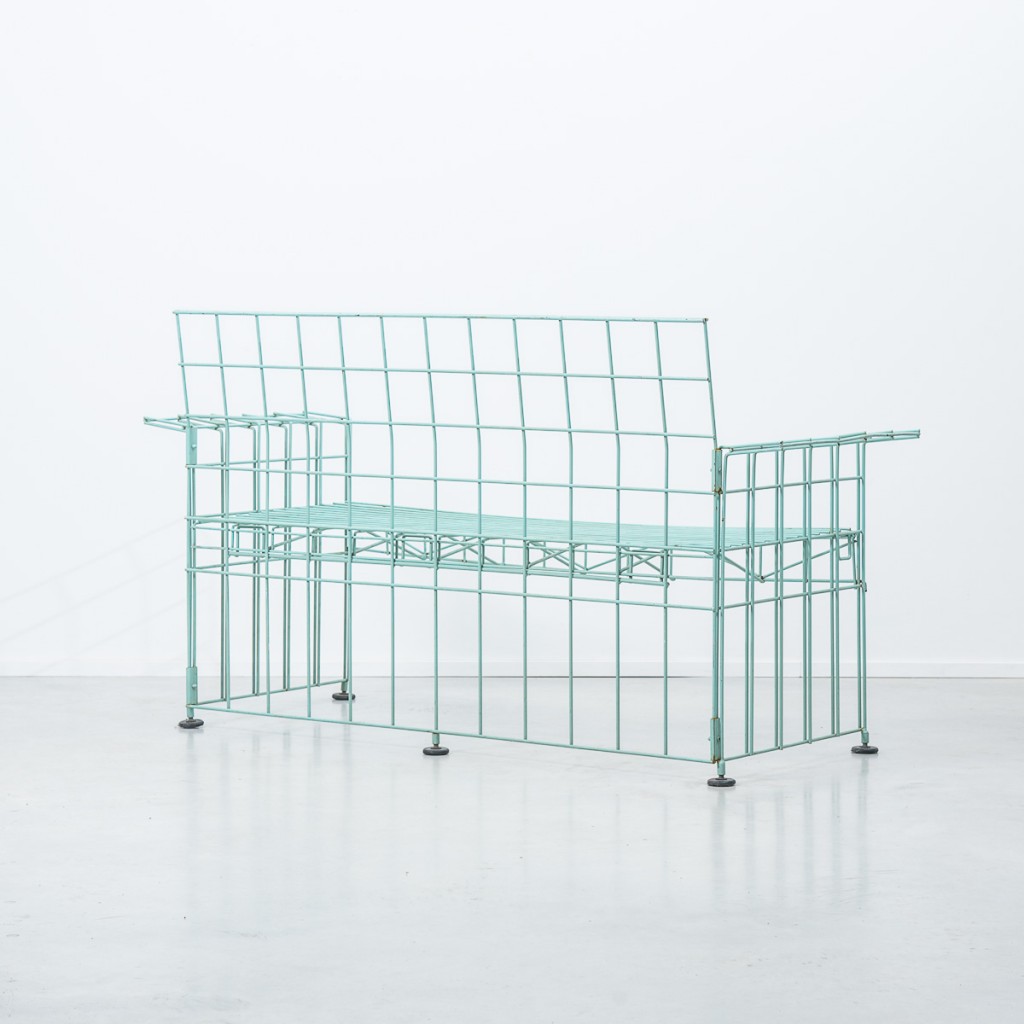 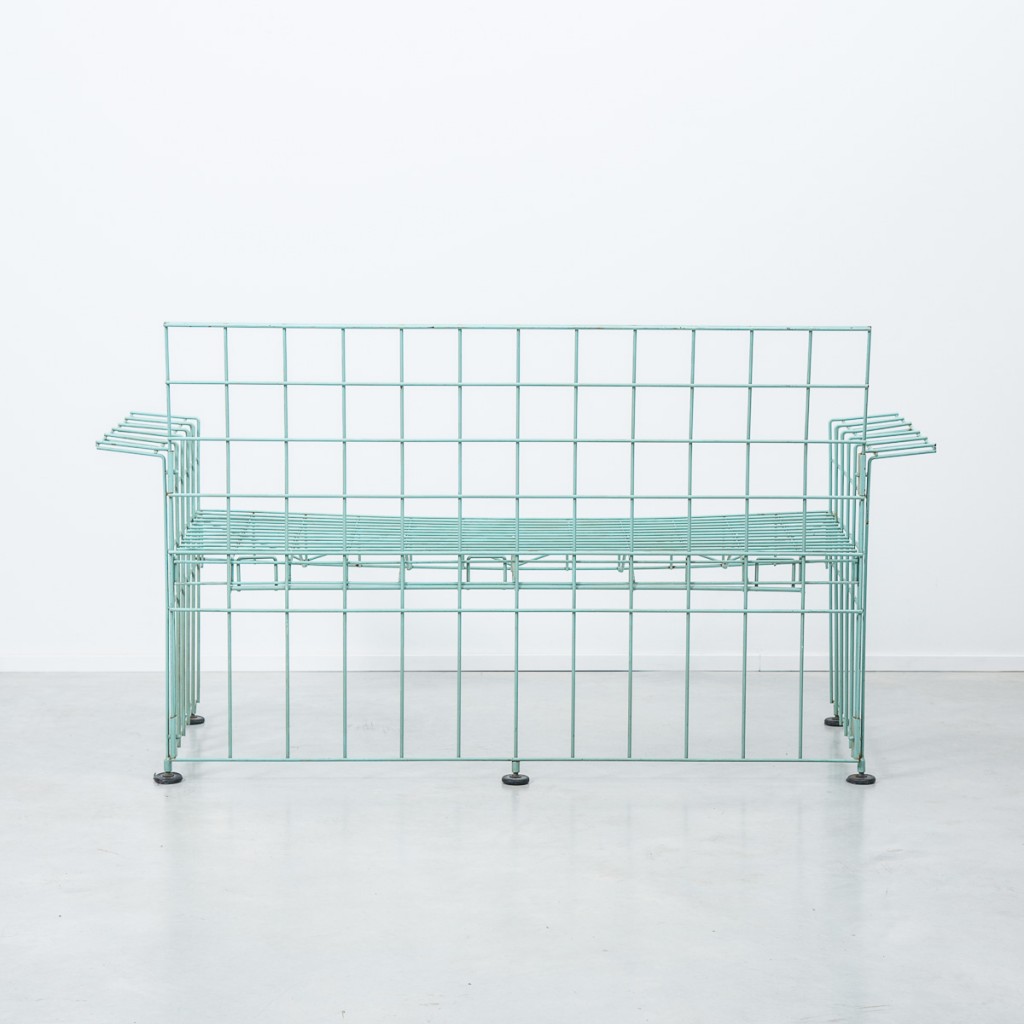 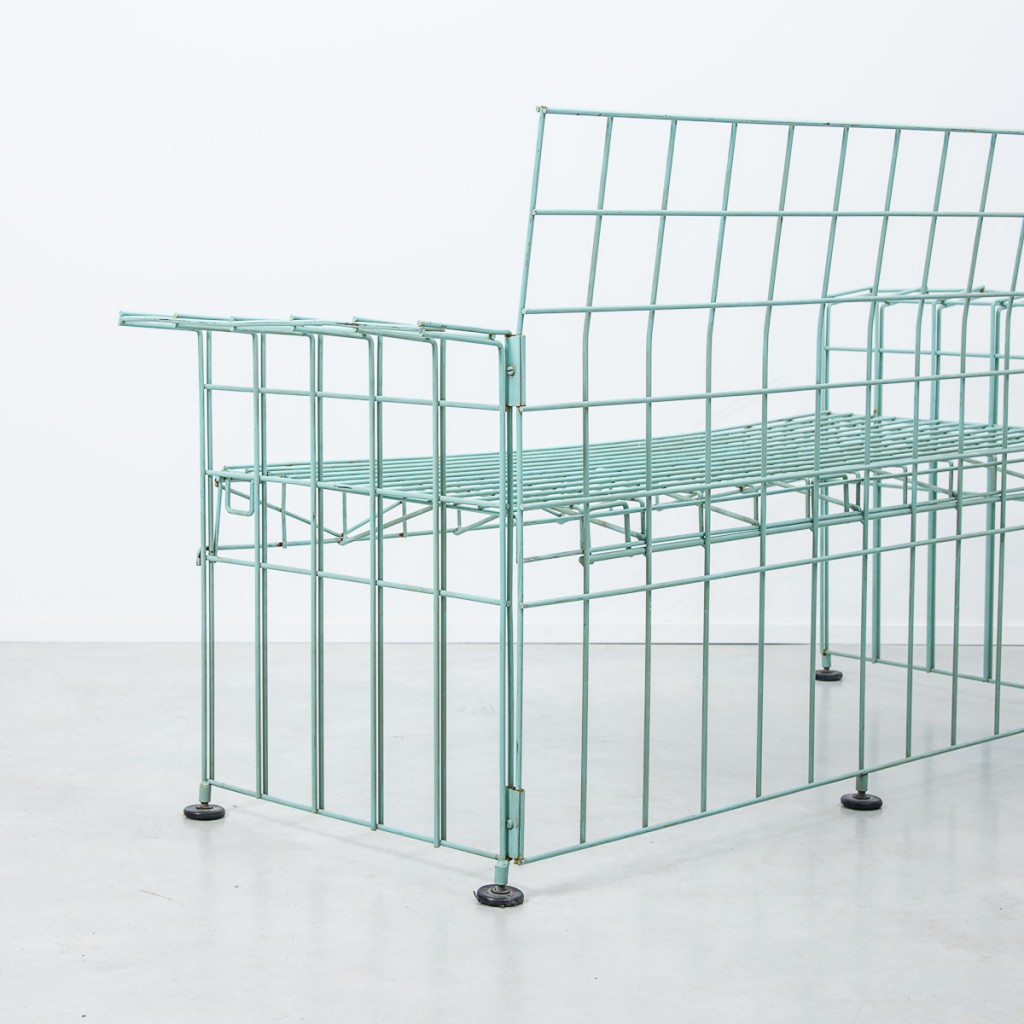 This Abitacolo sofa was designed by Bruno Munari and produced by Robots in Italy in 1972. The frame is made from green lacquered metal and the style vehemently postmodern. It remains in a good vintage condition and it comes with the original pale yellow cushions. Reupholstery upon request.

Bruno Munari (1907-1998) joined the ‘Second’ Italian Futurist movement in Italy led by Filippo Tommaso Marinetti in the late 1920s. During this period, Munari contributed collages to Italian magazines and created sculptural works, which would unfold in the coming decades including his ‘useless machines’ and his abstract-geometrical works. After World War II Munari disassociated himself with Italian Futurism because of its proto-Fascist connotations. In terms of home design, he is usually recognized for his cocoon-like Falkland hanging lamp made of elasticized fabric. This sofa was a limited edition postmodern number for the producer, Robots.