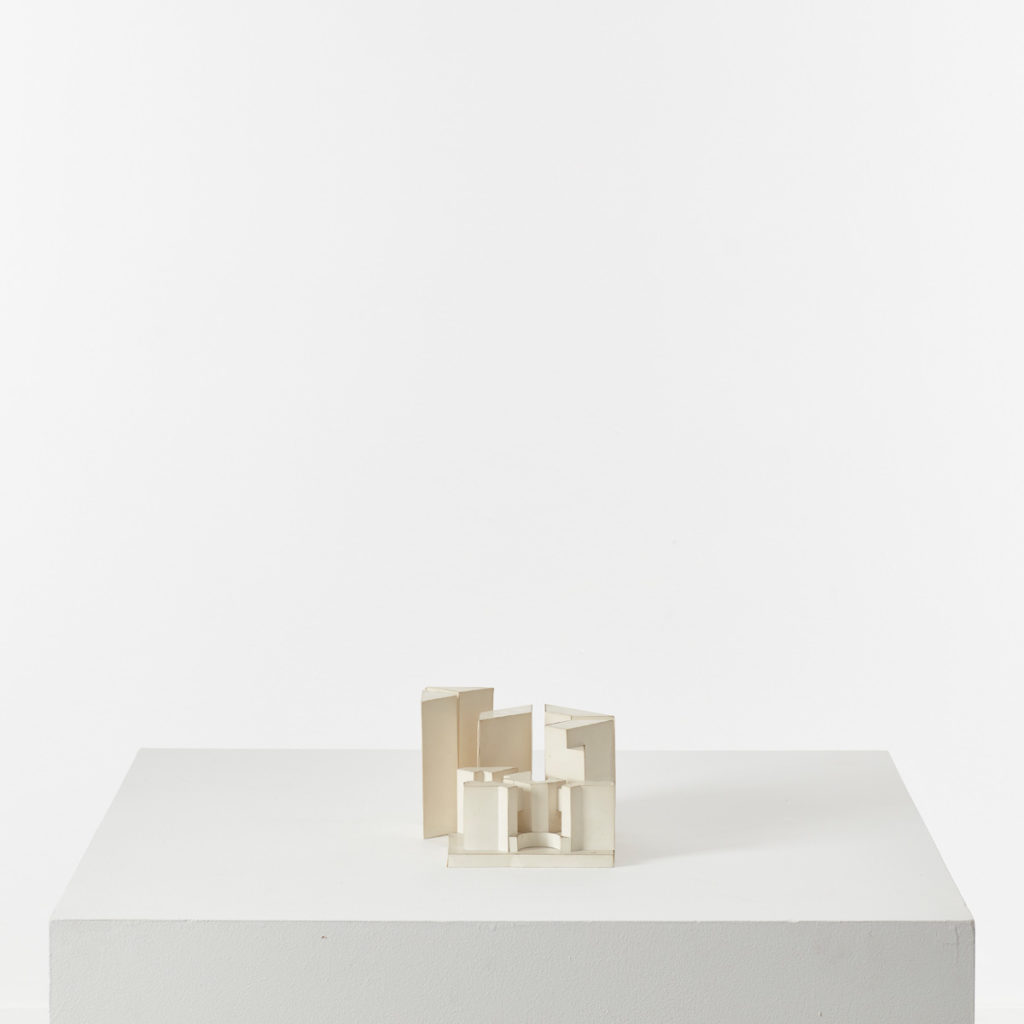 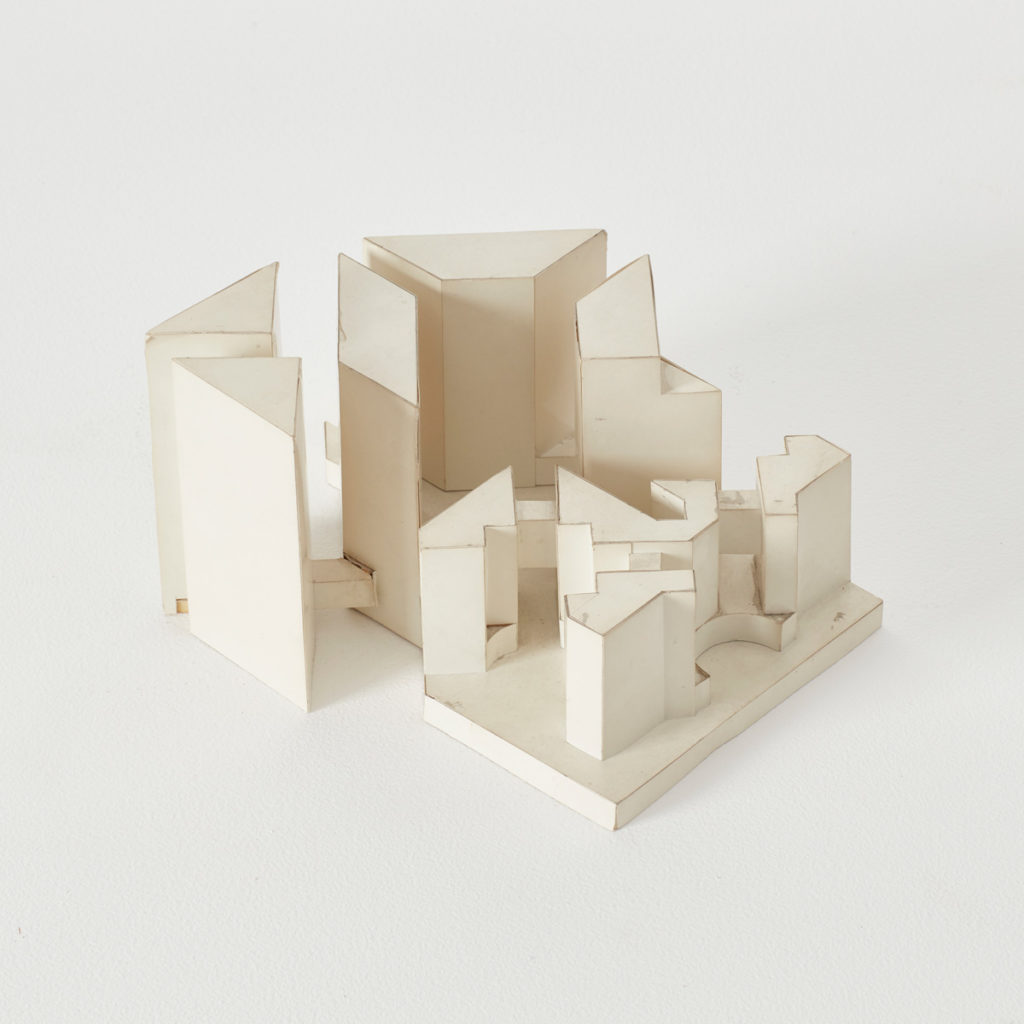 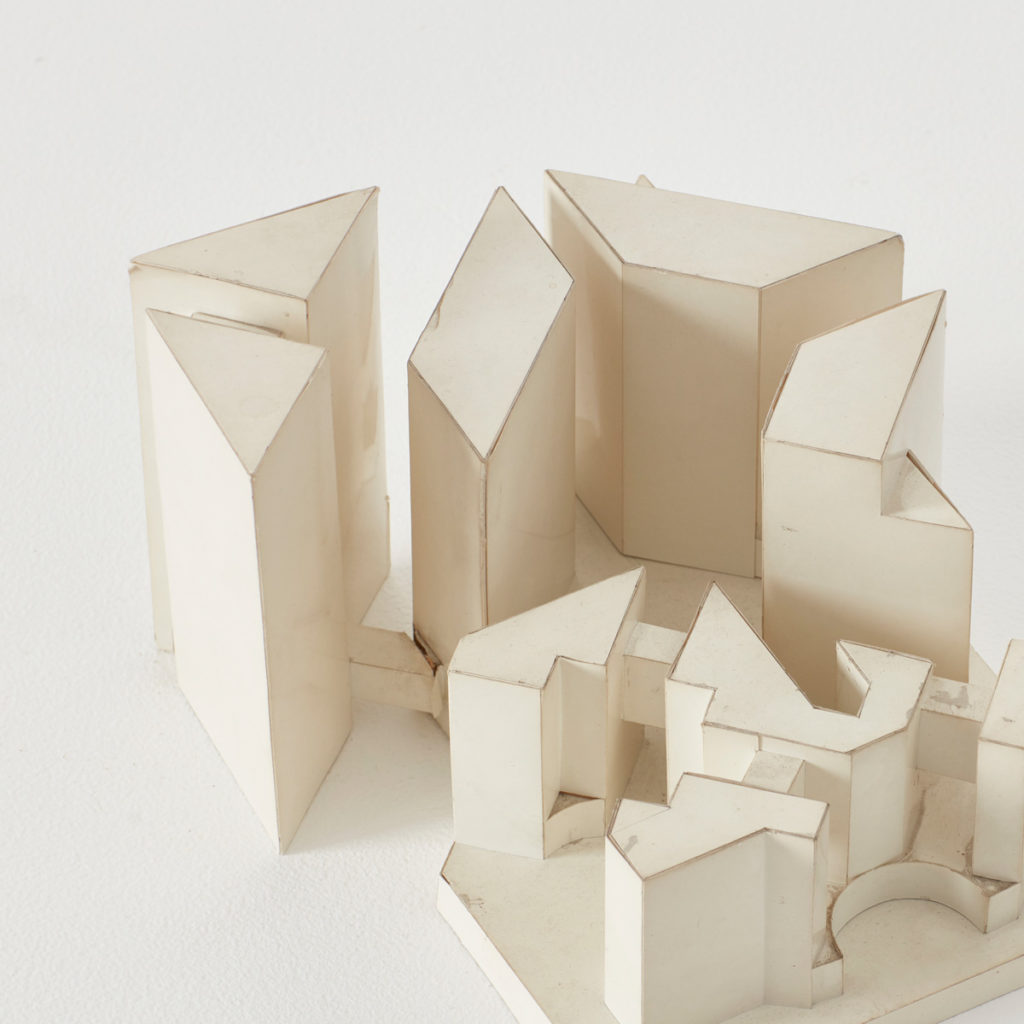 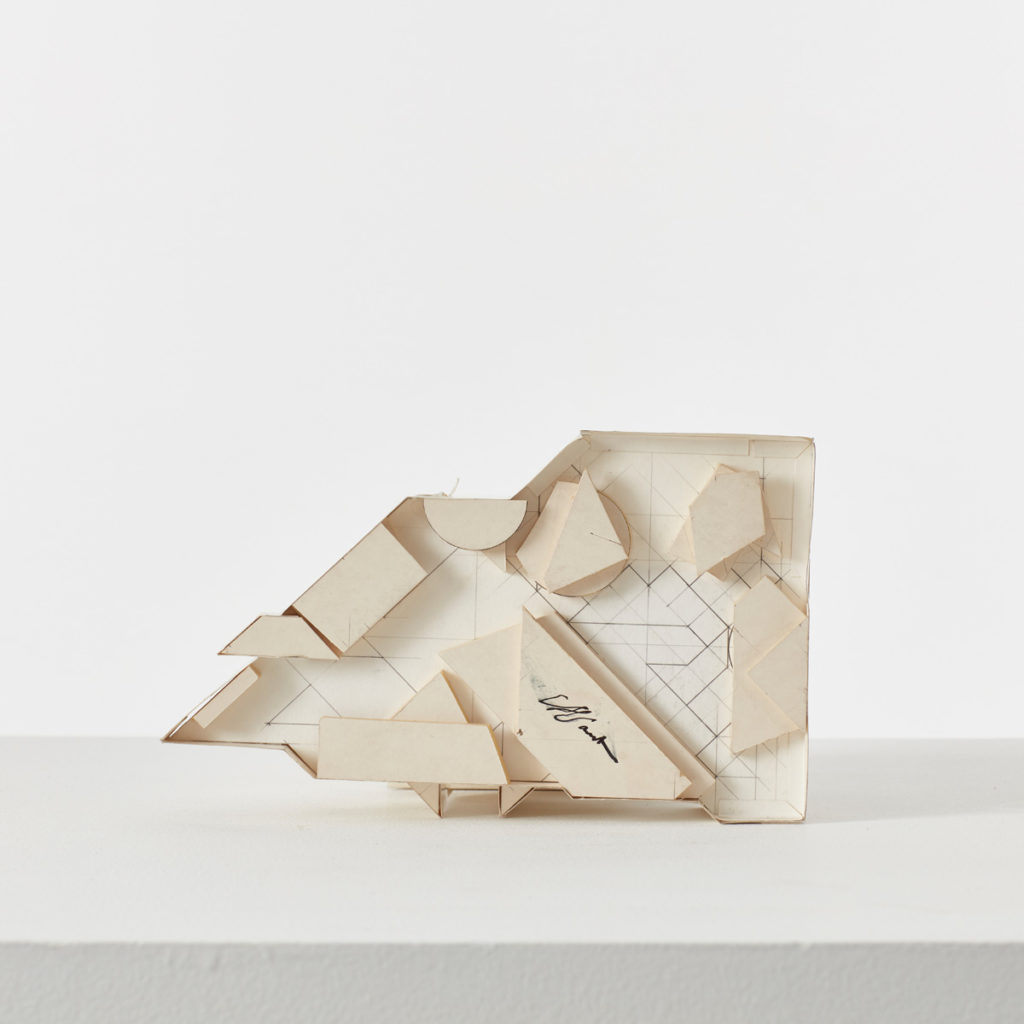 Pierre Parat (1928-2019) was a French architect, filmmaker, painter and sculptor. His output as an architect was considerable, overseeing the design and construction of many iconic buildings such as the headquarters of the pyramids of Evry, the Palais omnisport de Bercy and the Totem tower in Paris. His practice consistently succeeds in melding two contradictory notions: mass production and invention.

This architectural model has been hand crafted from paper and glue. Signed in pen on the reverse. Origin and provenance: Pierre Parat Collection, Paris. One element that had become unfixed has been reaffixed. A custom acrylic case can also be made upon request.