Mailing List
Sign up to our mailer to keep up to date with out latest stock and events. Alternatively, contact us at info@betonbrut.co.uk.
A side table in the manner of peter shire. | Béton Brut 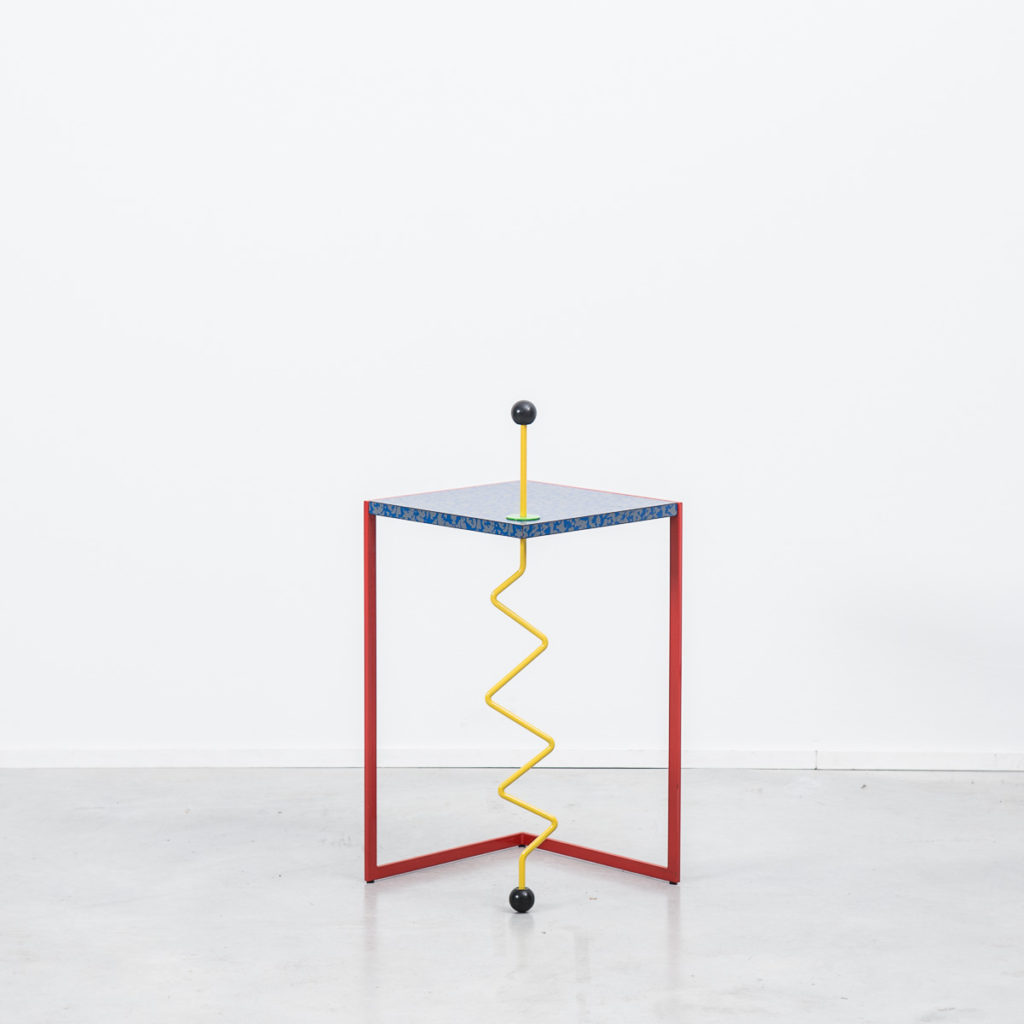 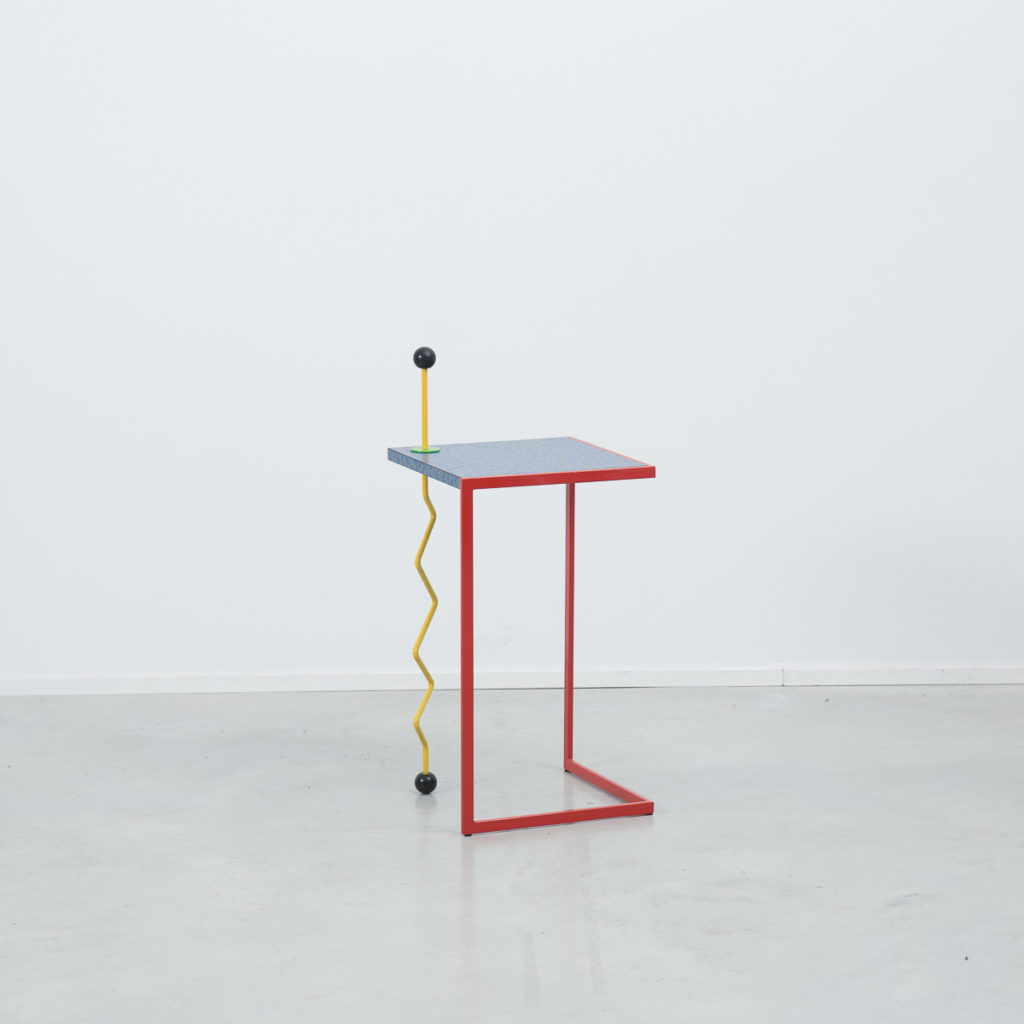 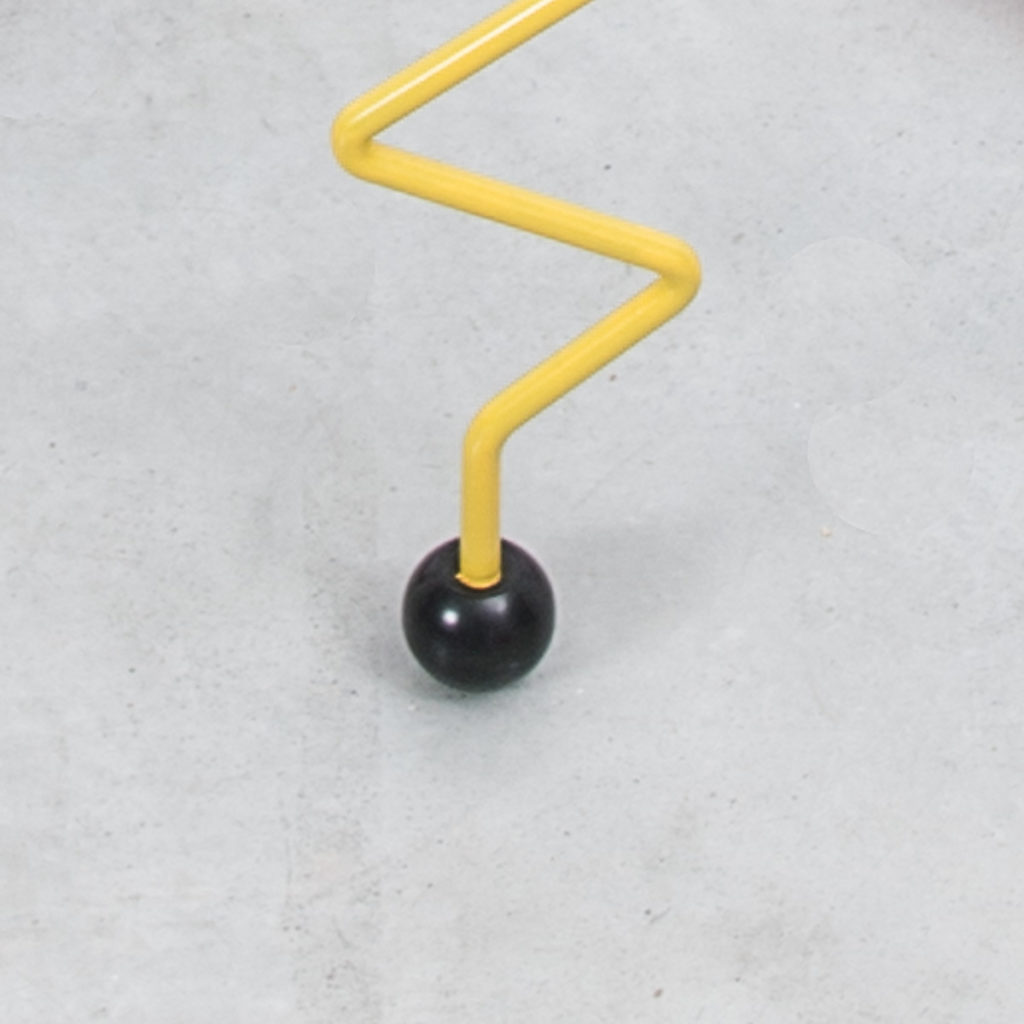 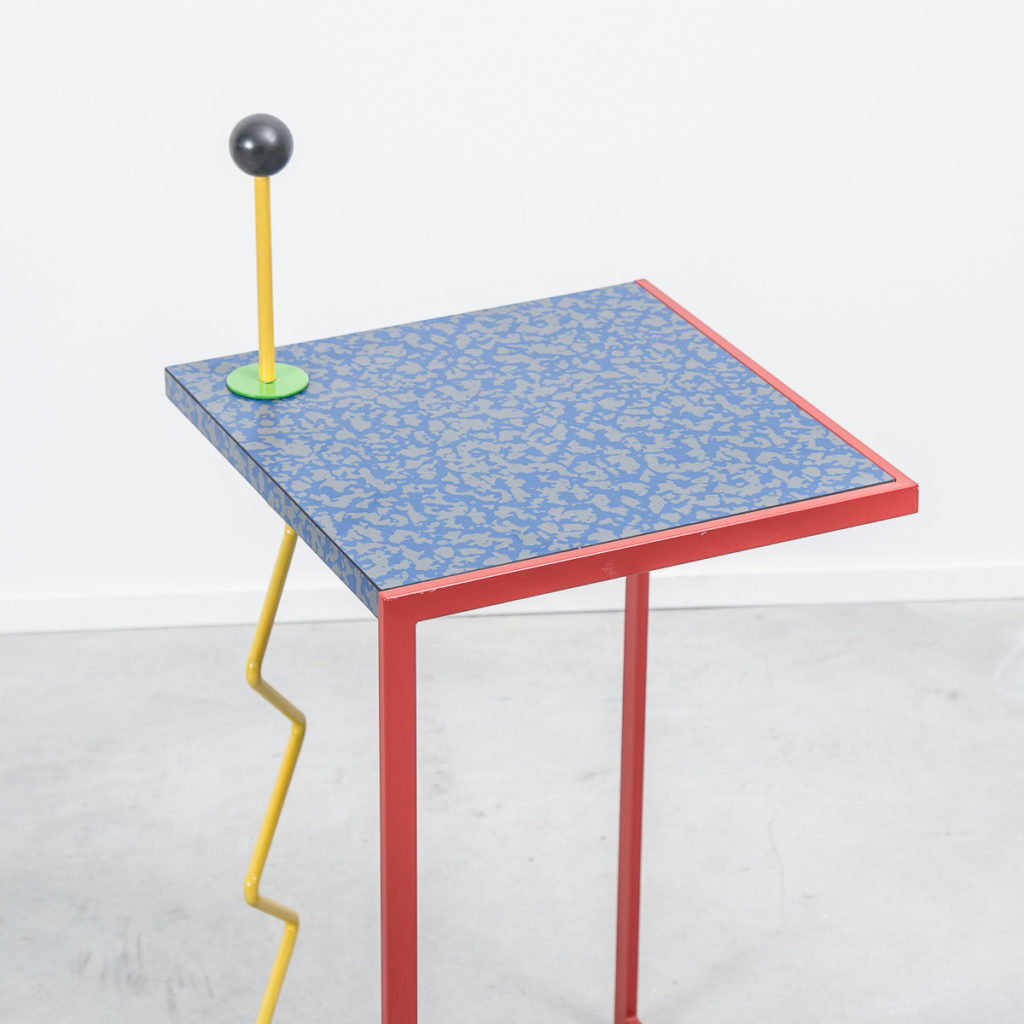 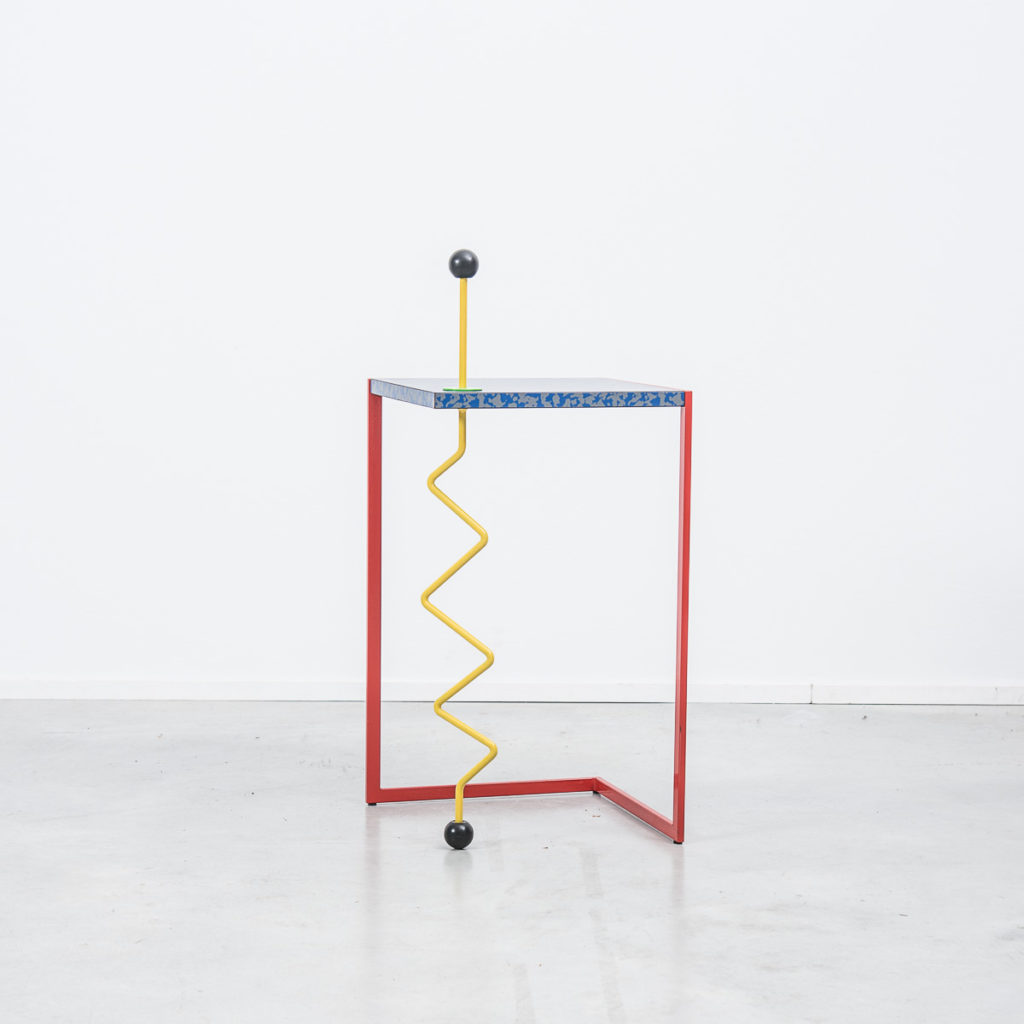 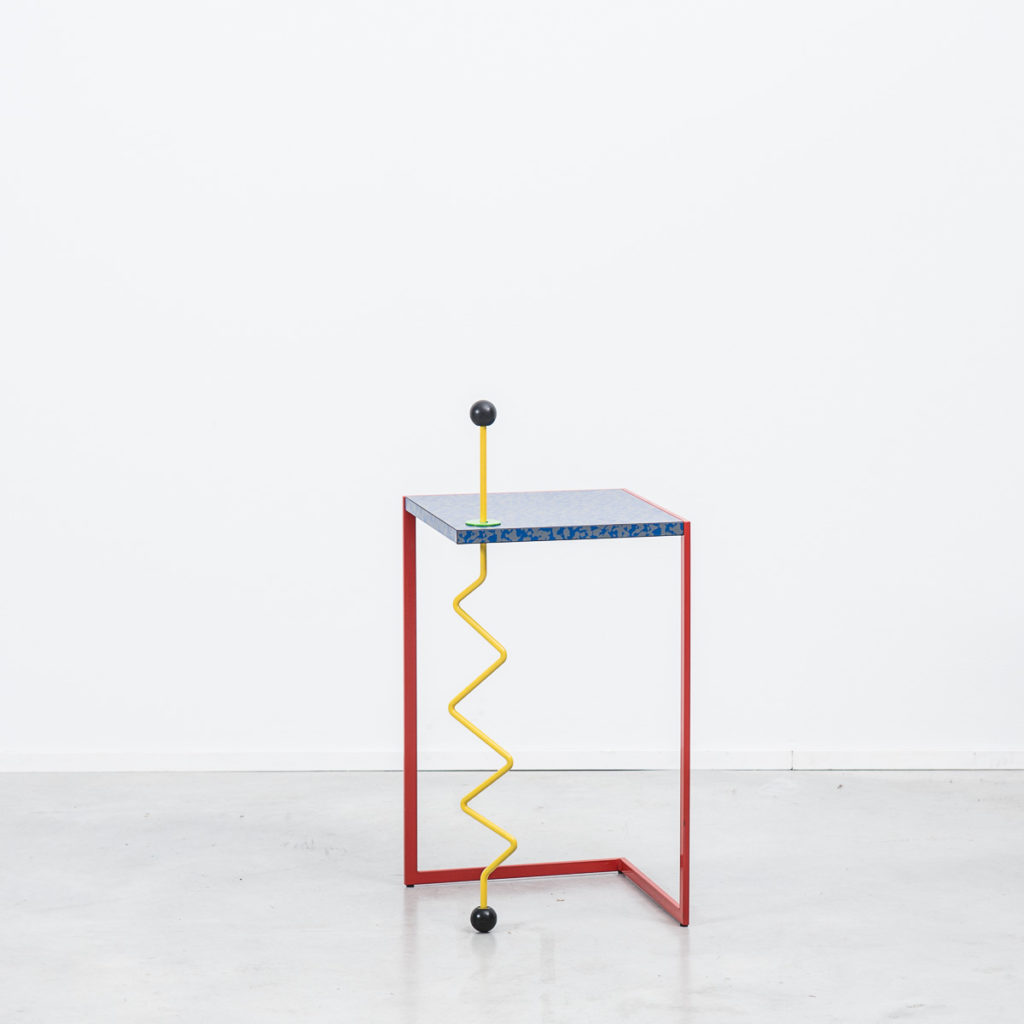 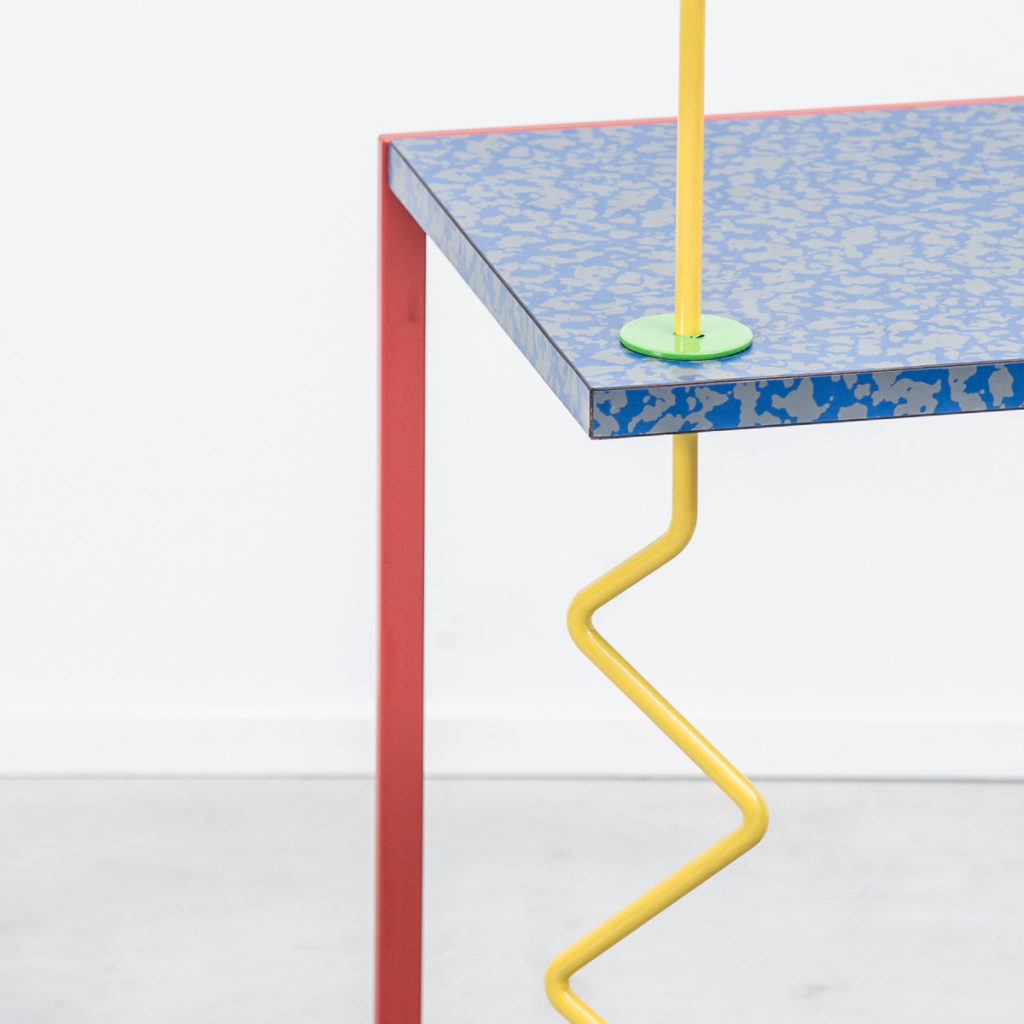 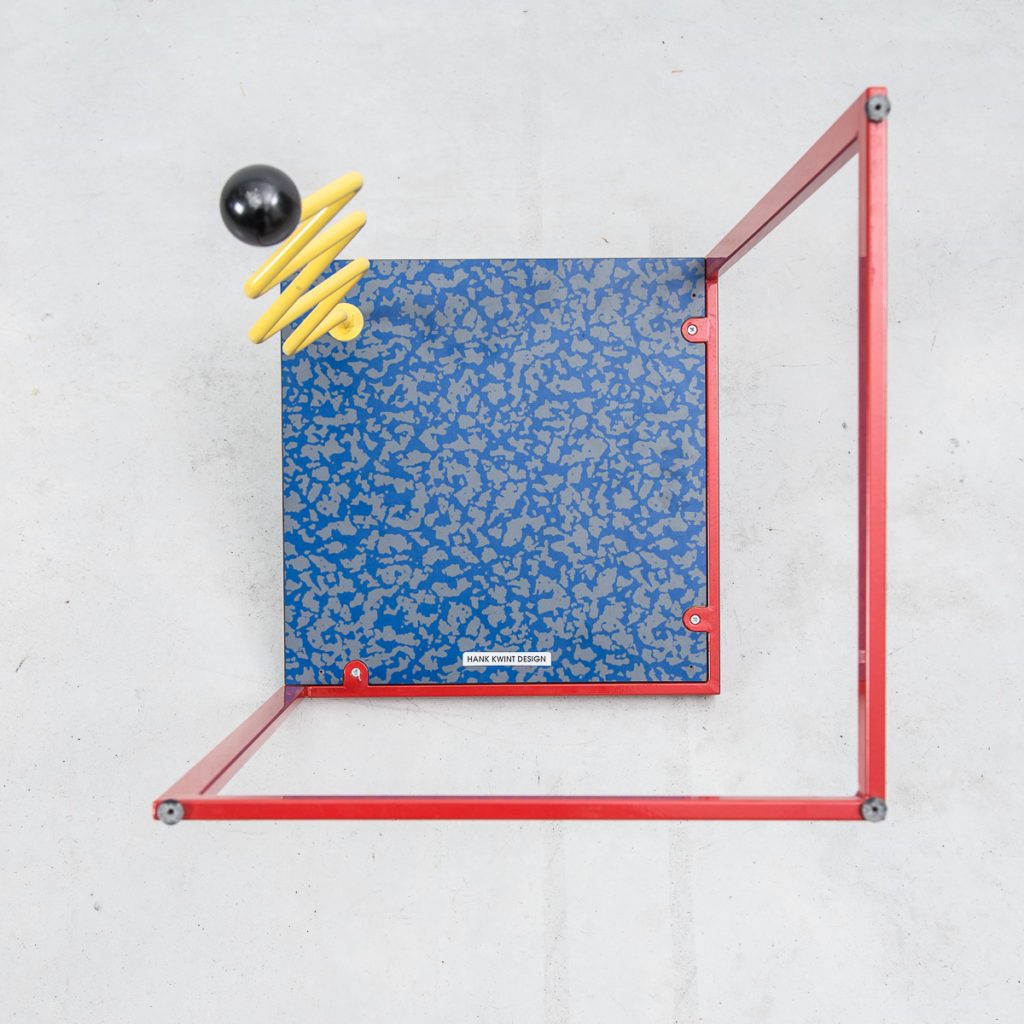 An Outrageous Side Table

Currently on show at Dudley Waltzer.

Hank Kwint is a prolific yet highly under rated designer from the Netherlands who has been putting pieces into production from when he graduated in 1981 until the present day. Whilst being keenly aware of what was going on in Italy with the Memphis movement in the early 80s he was inspired by a meeting with Allexandro Mendini during a trip to Italy. We have acquired three extremely special pieces directly from the collection of the designer from his Memphis inspired period. This outrageously playful side table has been heavily inspired by the work of Peter Shire, the Memphis movement’s king of bizarre over statement. However it has been given a definite Dutch twist with it’s use of primary colours and perfect proportions. The laminate used was ordered from Abet Laminati who produced the laminates used in all the significant Memphis pieces. Amazingly Hank still had the Abet Laminati sample book containing all the Memphis laminates. Hand made and one of an original production of around fifty. This piece is in excellent condition having come directly from the designer’s personal collection.