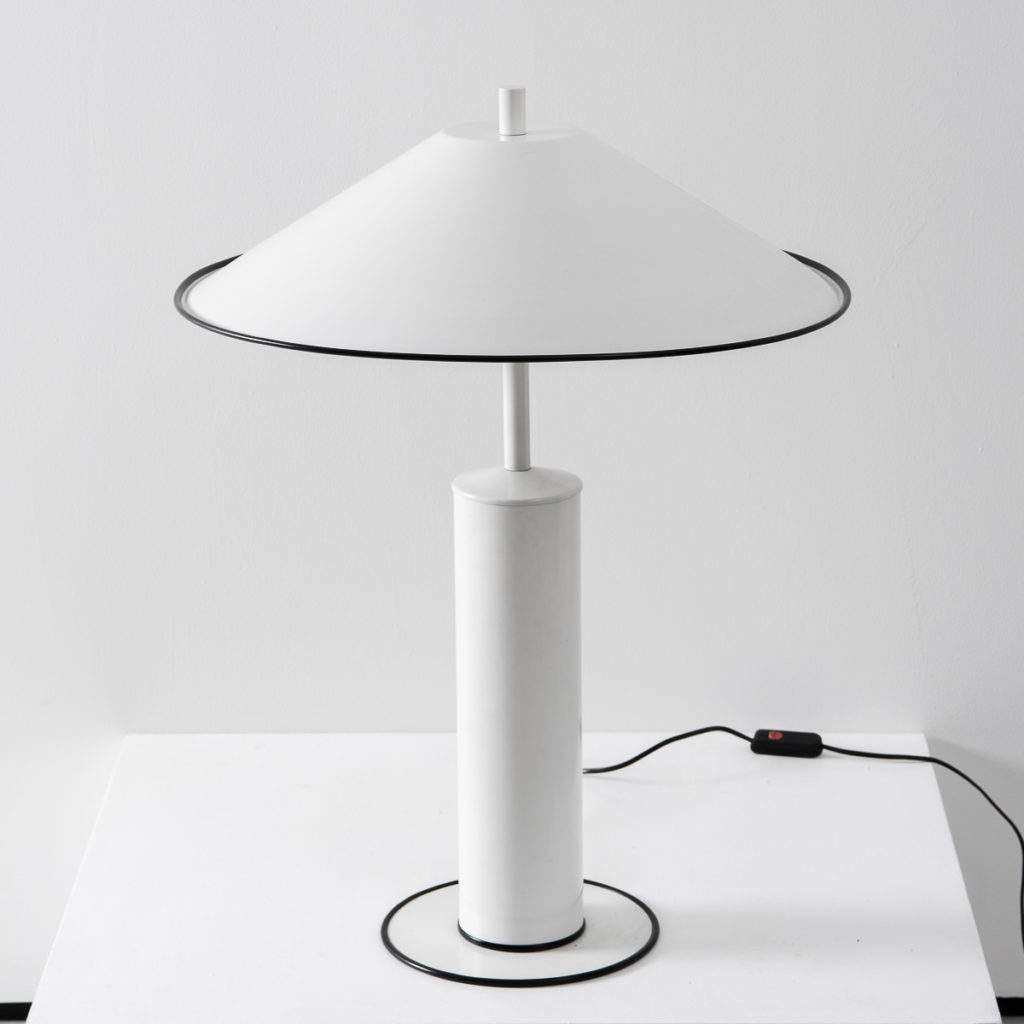 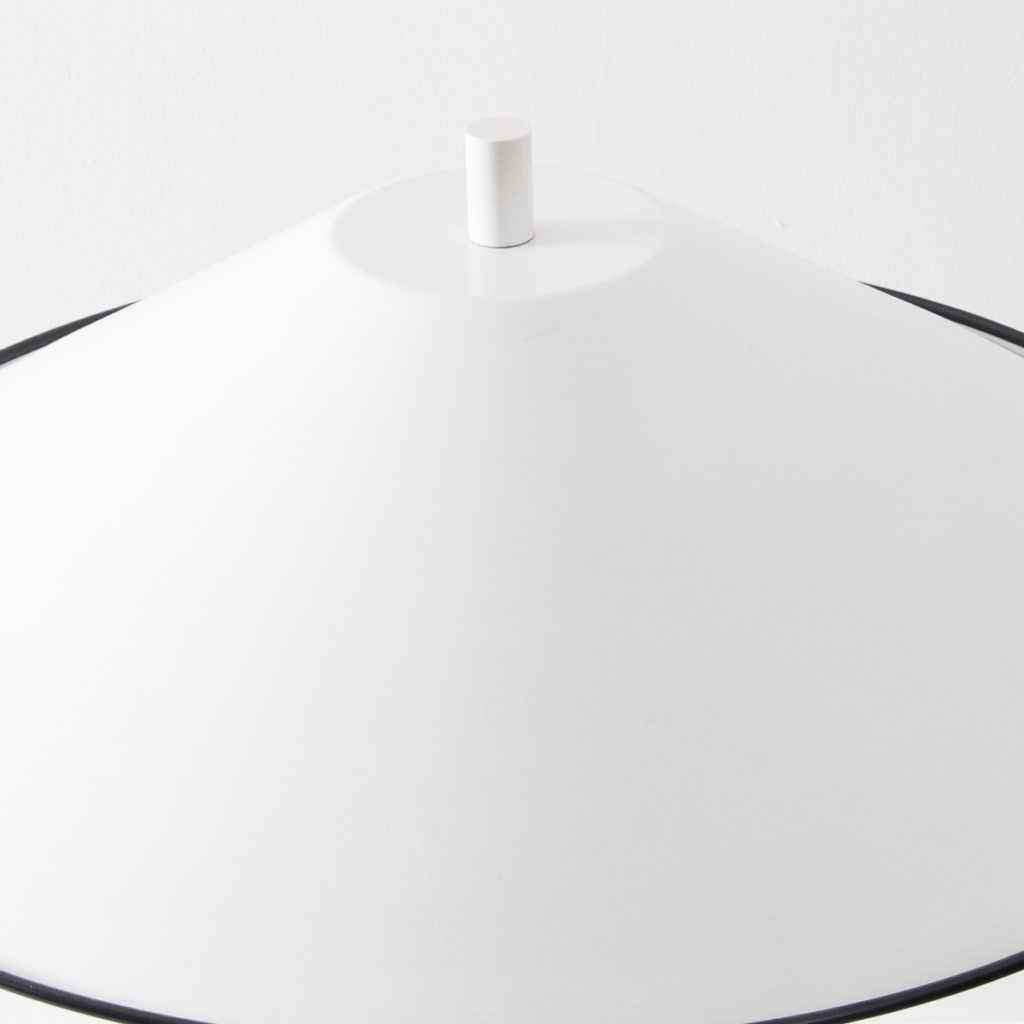 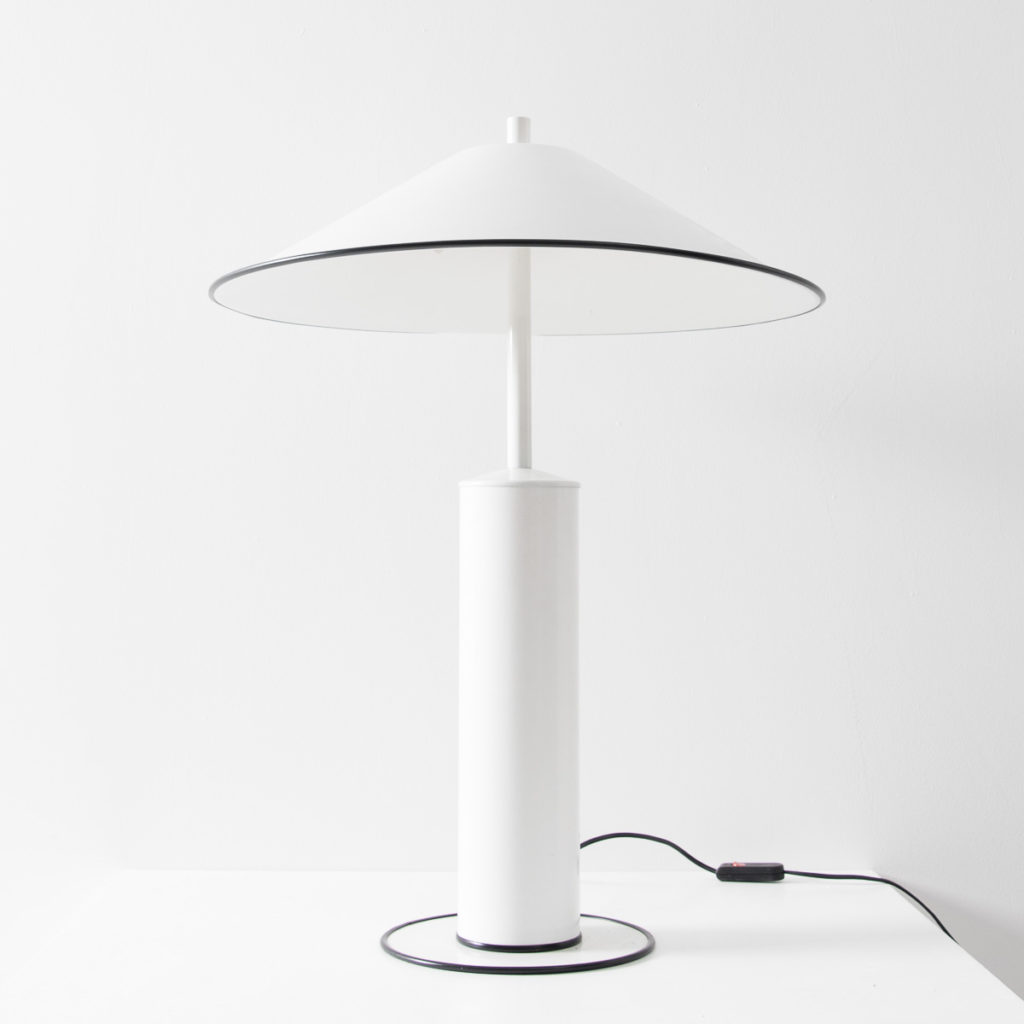 A sculptural table lamp designed by the master of post war Dutch lighting JJM Hoogervorst. Strongly influenced by the aesthetic of the DeStijl movement the form of the lamp is radically reduced to straight lines and perfect circles. The black band to the hood and the base create a vivid outline to the simplest of forms.

Produced entirely in metal the remarkably large hood houses two bulb holders meaning that it sheds a significant amount of light. Produced towards the end of Hoogervorst’s career in the 1960s, an excellent example of Dutch pure minimalism.

In excellent original condition the hood has slightly warped over time but is hardly noticeable.